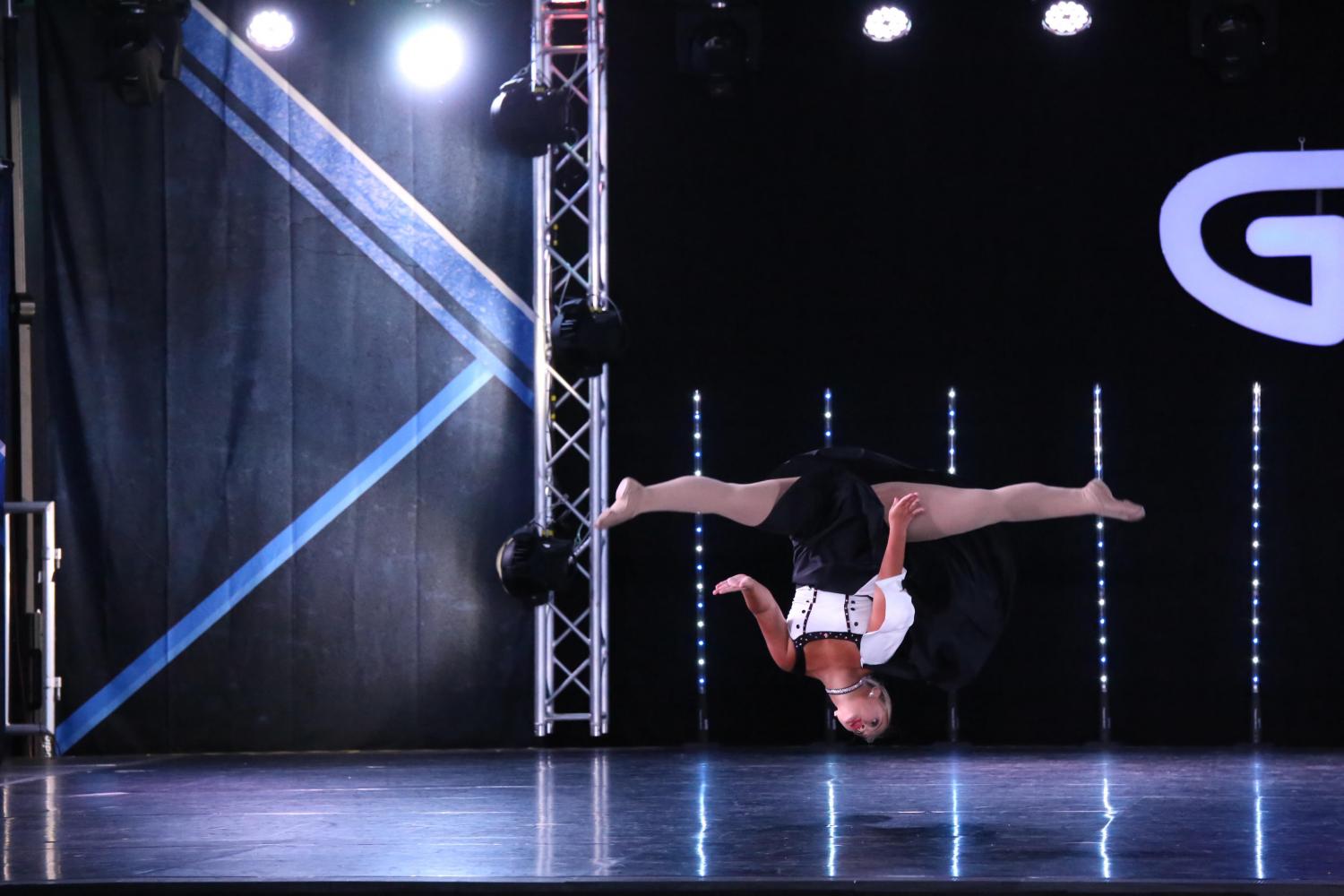 Coleman flips during her performance.

Sweat dripping from her exposed skin, a rapid heartbeat that seemed as though it may pounce out of her dri-fit uniform and an adrenaline rush all describe how Junior Tara Coleman felt as she and her team moved up in a national dance competition. The win meant even more with a team, that she considers family, and with coaches who became mentors according to her.

Coleman, and her team from The Dance Refinery (TDR), recently traveled to Myrtle Beach, South Carolina for the Annual Groove National Dance Competition.

According to Coleman, the team arrived with anxiety and pressure. However, they left with excitement and a trophy over six feet tall with the title National Champions engraved upon it.

“We were all really happy and felt really close in that moment,” Coleman said.

Roncalli graduate, Michael Bailey, also stated that the team was nervous before competing in finals. However, he mentioned that the entire experience was amazing.

According to Bailey, TDR was competing against 13 other dance studios. There were multiple categories throughout the competition, and they won each one, he explained.

Bailey believes the team won due to the amount of effort given in South Carolina. 110 percent was given, he explained.

“It was bittersweet for me because I’m a senior,” Bailey said.”It was my last time. It was really nice to finish that well.”