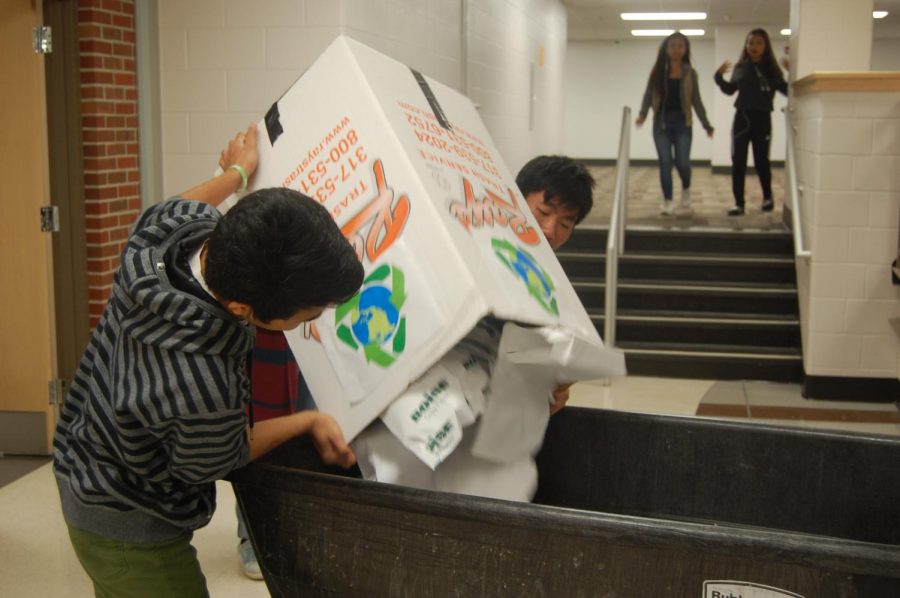 This year, Americans will consume 50 billion plastic bottles, according to Ban the Bottle. According to Columbia University, all of that plastic amounts to 33.6 million tons being discarded per year. That is a staggering $1 billion in plastic wasted per year. This has inspired Green Earth Society sponsor Jennifer Kaurshis to begin recycling plastic bottle caps for something hardly ever associated with recycled plastic, benches.

The Society has started collecting bottle caps from soda bottles, laundry detergent, juice bottles, water bottles, deodorant, spray paint, medicine bottles, milk jugs, toothpaste tubes, and flip tops off of ketchup and mustard. They hope to collect enough to build benches out of them to be placed around the school’s campus.

How the process works, according to Karushis, is that the Society will need to collect upwards of 500 pounds of plastic caps. Next, they will need to send them to Green Tree Plastics out of Evansville, Indiana. There, they will melt the plastic down and create the new benches and tables for prices ranging anywhere from $50 to $500.

According to Sophomore Robin Lian, the Society plans to get the money through fundraising and winning competitions.

“For now we don’t know, but we compete in competitions and last time we won second place which was $200. We also believe there is a huge potential for fundraising.” Lian said

Storage of the caps has also proven a problem for Green Earth Society. With a project of this magnitude it would require tons of bottle caps.

“Right now I have been having to store them in the trunk of my car.” said Lian. “I can’t bring them into my house because my mom will just think they are trash and throw them out, so that is definitely something we need to fix.”

Kaurshis hopes she can collect enough bottle caps for the project to create a whole new rest area for students outside of the school. She has spotted the areas out in front of the school and even possibly outside of Southport Stadium as possible targets.

The world needs benches, and while production on wood or aluminum benches harms the environment, using plastic as an alternative to those traditional methods could be a possible plus for the enivorment. According to the Environmental Literacy Council, workers from aluminum mines and foundries have been known to suffer from Alzheimer’s Disease. Meanwhile, the production of recycled plastic creates significantly less of a carbon footprint as well as being safer for employees.

“It is amazing how much we throw away,” said Kaurishis. “We always think of the here and now but in the long term someone is going to be digging through all of this trash saying ‘What do we do with all of this’ and it is stuff like this that could have used it for something useful all along.”