Lady Cards take on the Giants 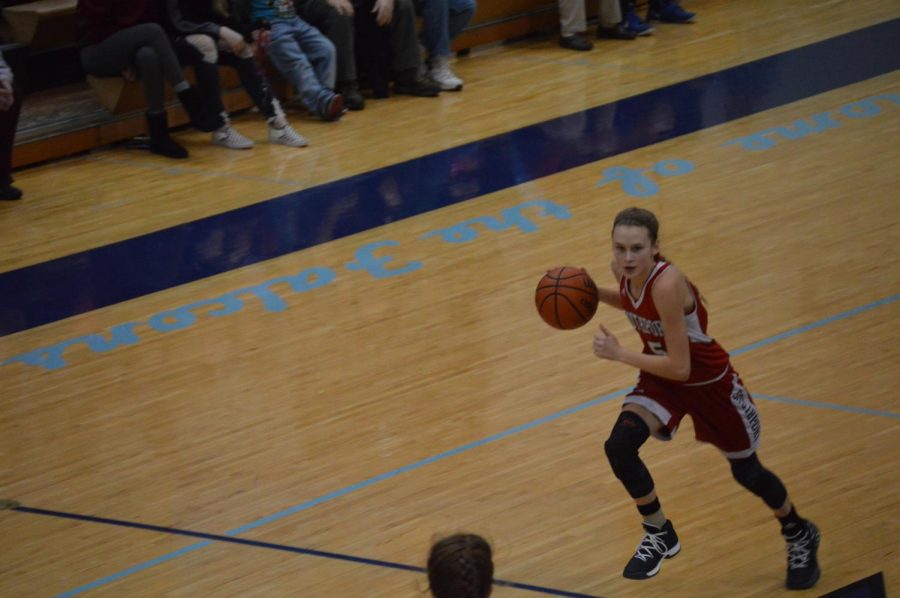 Tonight, the SHS Lady Cards basketball team will face Ben Davis in the second round of the sectional tournament. The Lady Cards are coming off of a subpar regular season record of  5-16 and a conference record of 1-6.

The Lady Cards have a massive challenge in front of them in order to make a run in the state tournament. Ben Davis is rated by Maxpreps as the 18th best team in the state. The two teams have already met once before during the regular season at Ben Davis. The Lady Cards were overpowered by the Giants 62-42.

Senior Savannah Edington said that it was one of their worst performances. They managed to only shoot 11% from the three-point line and gave up the ball 31 times.

“We honestly just played pretty bad.” Edington said. “We weren’t hitting shots, we were turning the ball over a lot and we didn’t handle the pressure very (well), so we have to make the changes to correct that.”

Ben Davis will be coming in tonight red hot, having won 10 out of their last 12 games. This includes a 85-22 demolition of Decatur Central in the first round of sectionals. The Lady Cards will try to counter this wave of momentum by playing an up-tempo brand of basketball Ben Davis is not familiar with, hoping it can force them to make mistakes.

Ben Davis will be relying on their star player Nia Clark to provide the edge to defeat the Lady Cards. Clark has lead Ben Davis in scoring this season averaging 19.8 points this season.

If the Lady Cards can defy the odds set before them and defeat Ben Davis tonight, they will play tomorrow, against the winner of the Perry Meridian and Pike in the sectional semi-final.

While SHS almost defeated Perry during the regular season, only losing on a last second three, SHS did not have to face up against Pike during the regular season. Pike is not only favored to win the sectional, but quite possibly the entire state tournament. Pike is heading into the tournament with a 22-1 record. Maxpreps has ranked them 2nd in state and 16th in the nation

The first step in the Lady Cards’ journey will take place at 6 p.m at Perry against Ben Davis.