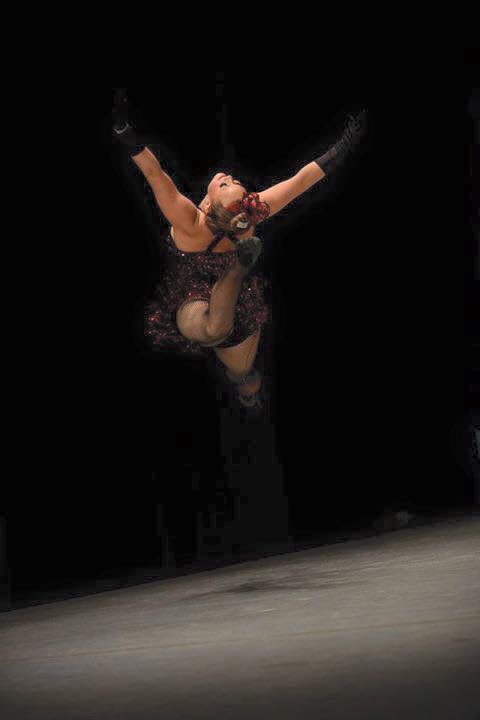 Since the age of three, senior Jadin Benge has been dancing around a dance studio. Without realizing it, she quickly developed a passion for dance, participating on the competition team and sometimes even dancing six days a week.

“It’s really fun because I made a lot of new friends,” Benge said. “I can travel, and I like performing.”

Nowadays, Benge dances recreationally. Benge’s favorite style is contemporary: a mix of both upbeat jazz and slow or versatile movements. She likes this style because she can tell a story with it.

“It’s more fulfilling because you created it,” Benge said. “Just seeing it on stage when it’s done and all of the work paying off.”

Benge says that choreographing The Little Mermaid was fun because the show included elementary schoolers that she had the chance to meet, including teacher’s kids.

When she was younger, Benge was inspired by older girls she danced with at her dance company. Benge says that one of her dance inspirations is her best friend, junior Tara Coleman.

Coleman has been dancing for 13 years, and has known Benge since she was 3 years old. One of Coleman’s favorite memories with Benge is when she performed a jazz routine with her during a competition. She also says that Benge is very expressive with her dancing.

“It’s a kind of therapy,” Coleman said. “She can express any of her feelings in her movement.”

Although Benge only dances every now and then, she still loves it. Benge is considering dancing for fun at Purdue, but she isn’t sure about it yet. She also says that she plans on helping out with dance at her church.