What makes an NHS member 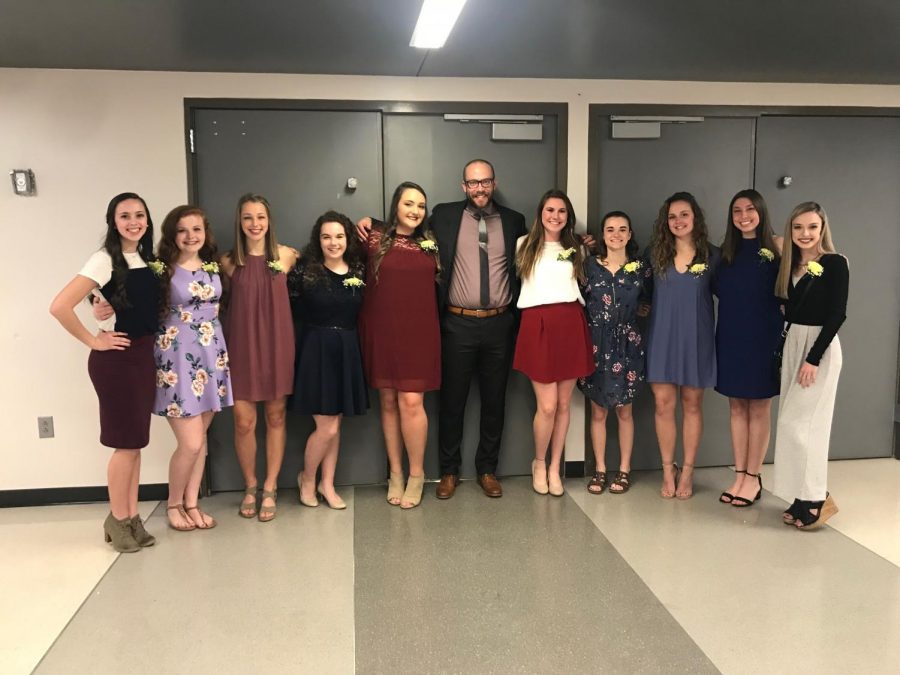 Junior Julia De Sousa has looked up to her older sister, Isabella, since she was a child. Following Isabella’s example, she worked to become a member of the National Honors Society, and she was officially inducted on Sunday, April 8.

“I was nervous, but I was super excited,” De Sousa said. “I remember we had to light a candle, and I was shaking. I couldn’t get the candle right.”

To become a member, De Sousa had to meet many different requirements, including character, service, leadership and a GPA of 3.6 or higher. These factors are what make up every National Honors Society, or NHS, member. However, beyond simply meeting requirements, NHS members work to achieve something more meaningful: They prove themselves to be actively engaging in their community.

In her personal opinion, NHS co-sponsor Christina Ferguson says the most difficult requirement to reach is service. This is due to students not knowing about opportunities to serve, or them never considering it in the first place. The added component of serving is one of the many factors that set NHS members apart from other students.

“(NHS members) are leaders who can serve, who uphold high character values,” Ferguson said. “They also have a hard work ethic.”

For her service requirement, De Sousa volunteered at a nursing home, planted trees and volunteered at the Freedom Festival. Another student who was recently inducted, junior Sarah Craig, helped out teachers from her elementary school and volunteered with the music department here at SHS. She says that the requirements essentially work toward proving that the applicant is a “good person.” Although she doesn’t feel any differently after being inducted, Craig acknowledges that NHS makes her appear more desirable to colleges, and ultimately, it motivates her to keep trying in school and maintain her membership status.