Student helps teachers do their job 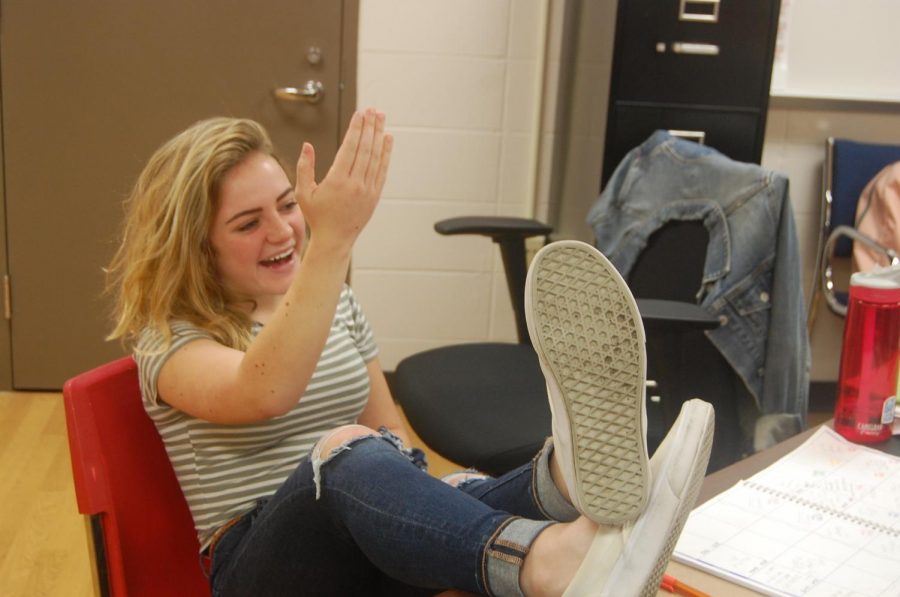 Freshman Jenn Jedford has an “itch to scratch” with teachers. When asked about this “itch,” she says,  “Teachers do not know how to teach their material. It’s as if they want to have students be disengaged in class.”

According to the English and math department heads, Jan Flome and Karl Gruben, Jedford has been speaking to teachers after class, critiquing them and offering suggestions on how to “reach the students” in their teaching. Her reasoning, is that she’s been in school for nine years now.

“I know how I can be reached,” Jedford said, “and I know how to reach out to people who will make the changes I want to see happen.”

Jedford has been sending emails to principals, administrators and even school board members in order to make it known to have teachers teach more effectively in their classes. In an interview with the head of the school board, the school board stated that the appeals by Jedford have been stonewalled by the members of the board, with cease and desist orders along with restraining orders being processed through the Marion County Clerk’s Office.

One member of the board, John Bennis, stated the reasoning for the restraining order was that Jedford “has been harassing me non-stop since he started his seventh grade year. She has even shown up at my house while my family and I are trying to have a nice meal.”

Jedford has even been approaching students, asking for their opinions on teachers and how a teacher taught their class. According to multiple of Jedford’s peers, she can be found in the back of a classroom critiquing and heckling the teacher every chance she gets.

“This type of behavior is relatively common in the older generation,” states Klaus Flaustein, a behavioral expert at the Xavier Institute of Medical Science. “What Jenn is doing is called ‘back seat driving,’ but with a teacher-centric view rather than yelling out to go left or right.”