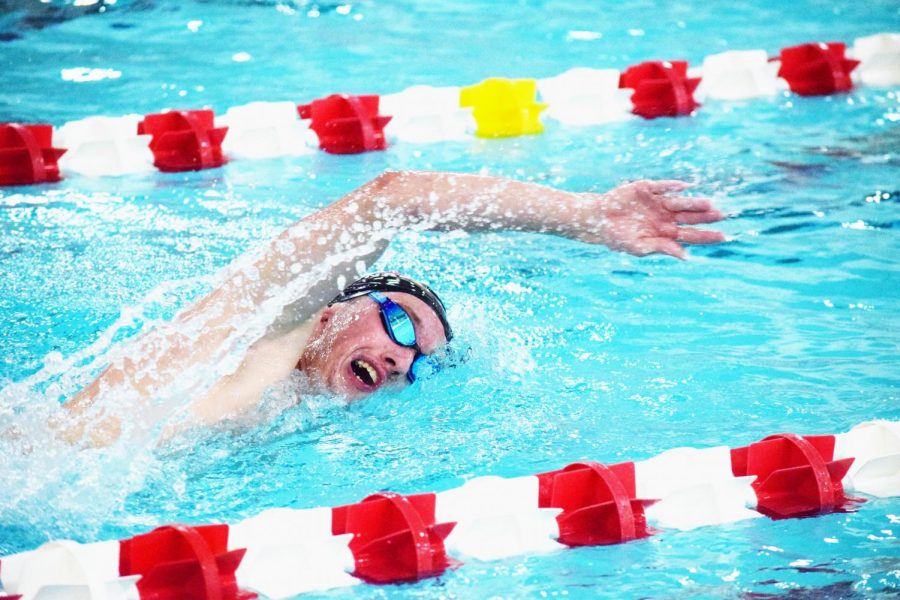 Senior Noah Fishel swims freestyle during a meet in this past season. Fishel is one of the team's best returning swimmers.

Last year, the SHS boys swimming team’s season ended during sectionals. With key returners, like seniors Drew Reinke and Noah Fishel and junior Drew Shellenberger, the swim team hopes to make their way back to sectionals and all the way on to state.

“I believe we could go undefeated,” Reinke said.

“(I expect to) break records and send some kids to state,” Jefferies said.

The teams first meet of the season is on Monday, Nov. 19 against Roncalli High School.