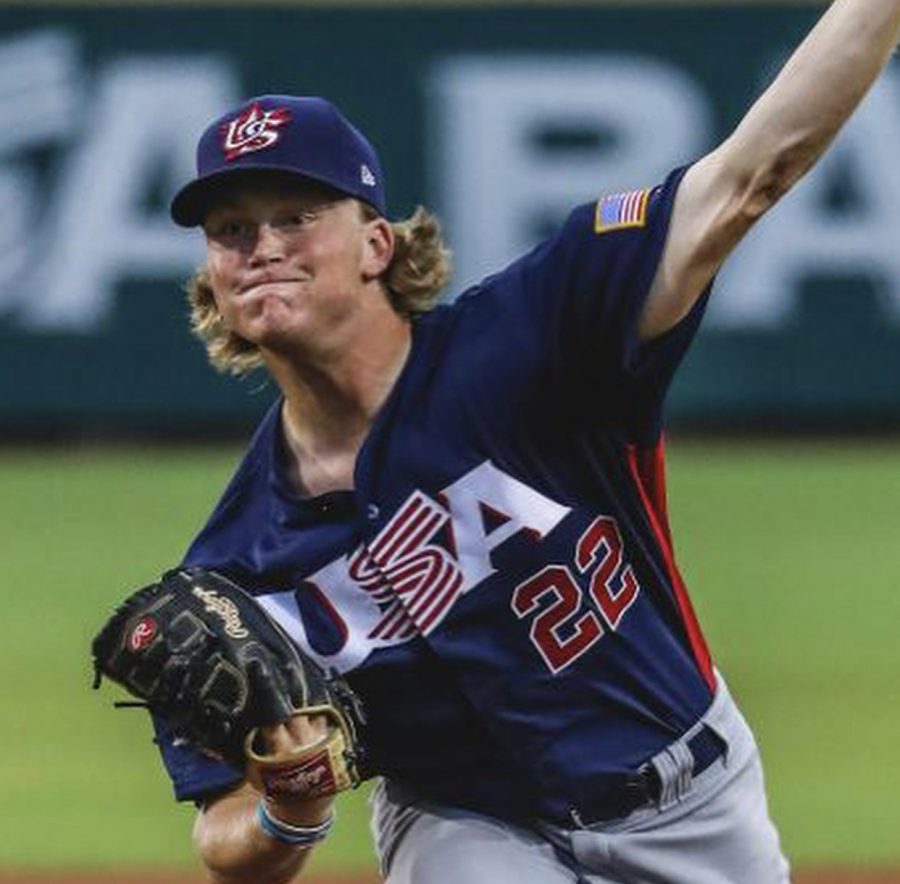 Senior Avery Short pitches for Team USA at a tournament held in August of this year. This is where Short qualified to play for the team in their upcoming games in Panama City, Panama.

Thousands of miles away, in a foreign country, SHS senior Avery Short will be playing the game he has loved since the age of 4. However, a lot more may be on the line, as this time he will be playing baseball and representing the United States in the Pan-American Championship in Panama.

Although the stage Short will be playing on is bigger than a typical high school game, his extensive practice regimen leading up to the competition has him as confident as ever. He has been building his skill in anticipation for this moment and he is sure of his abilities.

“I’m not nervous,” said Short in reference to the upcoming championship.

Short is currently in his final days of training in Florida before he pitches his first game in Panama on Nov. 23 against the Honduran national team. Most players are in a baseball offseason, so Short has had to work on his own to prepare himself for the games. He has developed skills that he will be able to use in Panama.

USA team coach Matthew Blood is also confident in Short’s abilities. Since meeting Short in June of 2018, Blood has been able to work with him and get to know him as a player. He has since been convinced that Short’s pitching will be able to lead the team to a national victory, an achievement only realized four times in USA baseball history.

“(Short) is very advanced both mentally and ability-wise on the field,” Blood said. “He has really good feel for his (game) plan. He throws a lot of strikes and he’s good at fielding his position.”

The U.S. U18 baseball program is currently ranked second in the world by the International Baseball Federation, only to be outranked by Cuba. This has not impacted the team’s vision for the games. USA players and coaches know going into the tournament that the ultimate goal is to bring back the gold medal for their country.

After the games, Short has high expectations for a career in baseball. He is currently committed to pitch at the University of Louisville, but that may be cut short by a draft to the MLB. His biggest long term goal and motivation is an extensive and successful professional baseball career. Blood believes this is a big possibility.

“I think (Short) will have a chance to be drafted, but if he wants to go to school, I think he’ll be one of the best college pitchers in the country and could potentially pitch in a college ball series or with team USA,” Blood said. “Eventually I think he is going to be a very good professional pitcher and have a long career in the major leagues.”

Short’s baseball journey will continue with a major milestone, the Pan-American games from Nov. 23 to Dec. 2.