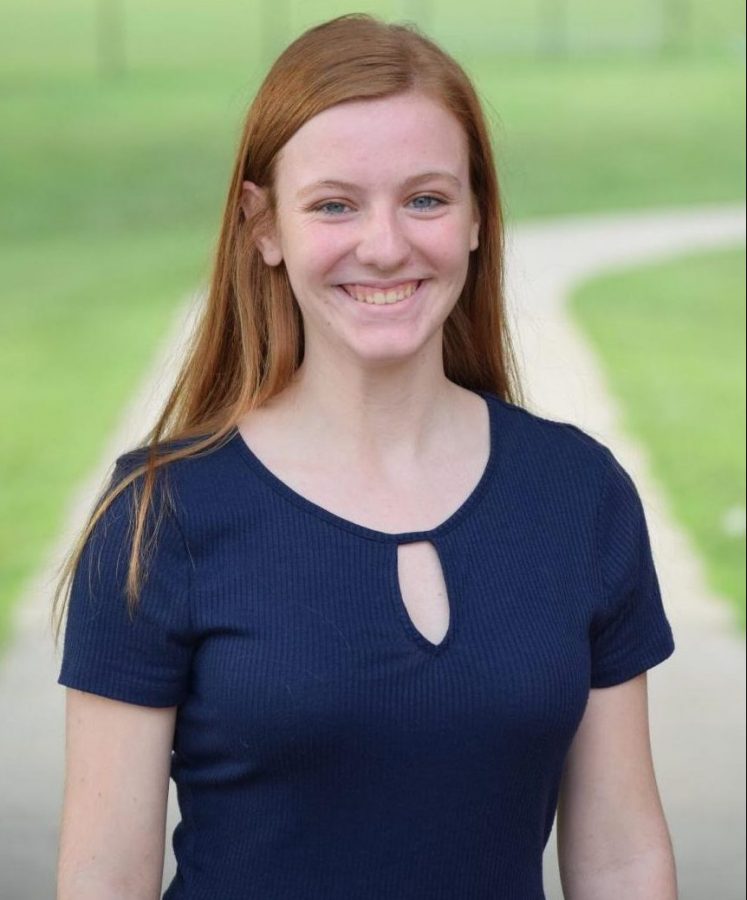 I approached the SHS Fieldhouse with my camera in hand, ready to cover President Donald Trump’s rally. As I took pictures of the crowd anxiously waiting to get inside, the attendees didn’t seem to mind much. I went to the press table to get my press credentials so that I would be ready to enter the Fieldhouse. After I had my green and red press badge around my neck, people were a little more questionable about my intentions.

Going into the rally, I had expected this questionable attitude or even a little hate directed towards me and the press in general. I thought I might be encouraged to pick a different path. As I entered the Fieldhouse, one of the first things I heard was “CNN sucks! CNN sucks!” After that, my immediate thought was “Okay, Julia, you got this.” I was worried that the hatred would continue and it would be a negative environment.

As I entered the press section, I was prepared to push through adults and stand in front of other people, though it wouldn’t make that much of a difference because I’m so short. I soon realized that on the platform were sheets of papers that had the names of big news stations. I wasn’t going to have to worry about shoving through people because there was assigned seating.

Next to the big platforms for the news stations was a smaller platform that had the sound table. I stood on the back portion of the platform to get a better view. It wasn’t as high as the other platforms, but it was height and I needed it. Taking pictures was still a struggle and I stood on my toes most of the night, but at least I wasn’t standing on floor level.

As the crowd waited for the speakers, they sent the wave around the Fieldhouse and chanted things like “USA! USA!” I practiced taking pictures of the crowd to warm up my camera skills, which are few and far between. Standing in the Fieldhouse waiting for the rally to really begin seemed surreal. It really hadn’t sunk in that I was covering the President of the United States.

A few speakers came out and gave a few short speeches while everyone waited for the arrival of the President. I tried snapping pictures and capturing the reaction of the crowd. I listened carefully to all they had to say.

Then came the longest part of the night, the waiting. For almost an hour there were no speakers, just very loud music. The crowd chatted, and again, I practiced taking pictures. I was worried that I wouldn’t get any decent photos of Trump. My back began to ache, so I sat down and deleted any bad pictures to be sure that I had enough space for the pictures of the President. I ran through my head all the things I needed to listen for.

I was repeating in my head “divide, divide, divide,” to remind myself of the angle I was given, when there was a drastic change in the music. It became very patriotic, and Vice President Mike Pence entered. I took plenty of pictures and kept thinking “He’s next.”

And then he was introduced. President Donald Trump entered the SHS Fieldhouse. Everyone roared and phones shot up in the air. I had a hard time getting pictures over the many phones that were trying to capture a good shot of the President. I stood on my toes and stretched myself as tall as I could. Many times, the camera card got full, so I frantically went through deleting pictures that looked irrelevant.

And then it started. The media was pointed out for being ”fake.” Up until that point, besides the crowd bashing CNN, the crowd wasn’t very hostile to the press section. Any attendee was ready to throw their sign up and smile when the camera was pointed their way. But now, as Trump called the media out for reporting lies, the crowd was eager to boo. I mostly brushed it off, but at the same time it was very frustrating to me. It was almost as if the crowd couldn’t have their own opinion. They just agreed with whoever was on stage.

I experienced the night through a camera lens with ears open wide for anything to use in my story. Being at the rally, in the same building as our President, it all felt fake. It didn’t sink into my brain until a few days following that I had really covered an event for The Journal about the President.

I know I probably wasn’t the most ideal person to cover such a big story, being a rookie writer, but I am so thankful for the opportunity. In that one night alone, I grew not only as a journalist, but as a person too. I was outside of my comfort zone, but I did it. I covered the President. I am forever grateful for the opportunity and it is one night that I will never forget.