‘Heart of a lion’ 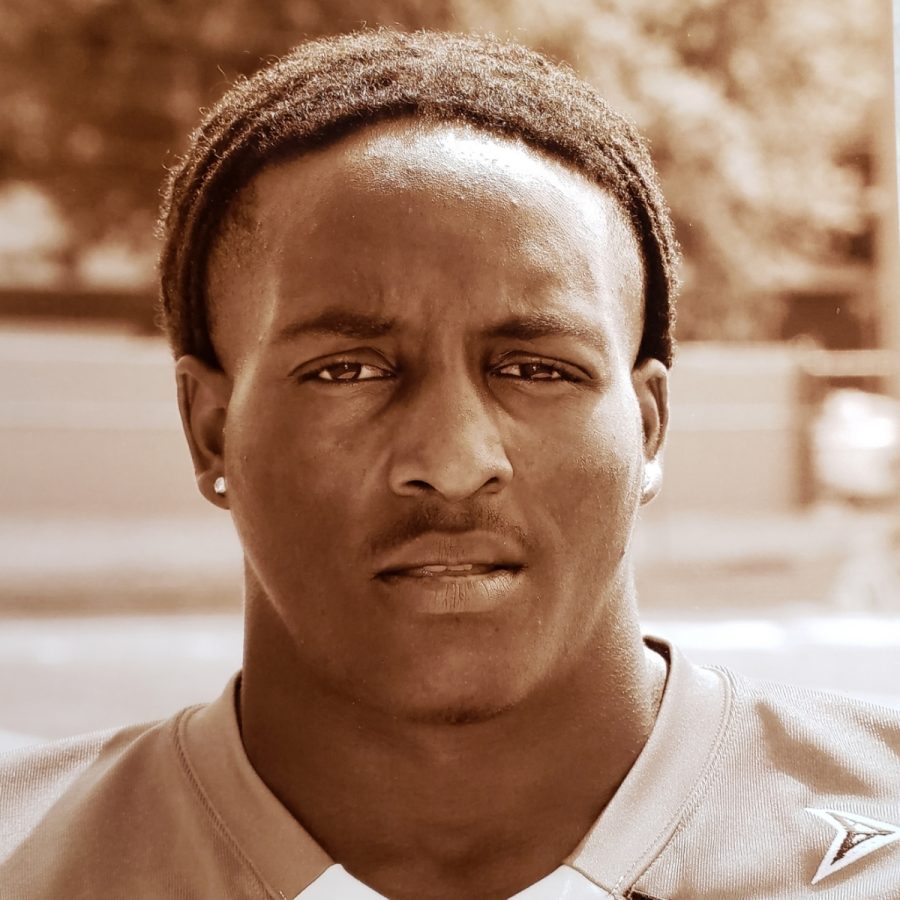 Candles were lit on a corner outside of the SHS Fieldhouse on Sunday, Dec. 9, in honor of senior Rashawn Haskins. He passed away just a week before in a car accident. He was with his girlfriend Mallory Blumer and his sister Briana Haskins, who both survived the accident.

Rashawn, though gone, made a lasting impact on the people around him. The same three characteristics kept popping up when his loved ones thought about the person he was.

His smile: big. His laugh: unforgettable. His personality: Ask the ones who loved him.

“The one who always worked hard, who always wanted to be the best,” senior Jalen Caldwell said.

“He had the heart of a lion,” junior LaMarco Yates said.

This heart of Rashawn’s overcame many struggles. Blumer says Rashawn didn’t come from a lot. He just didn’t have what she has. Recently, his family left their apartment and ended up having to live in a hotel.

Rashawn also struggled with diabetes–not that he wanted anyone to know. It even took a while for Blumer to find out about it, as she had to pull it out of him– just as she had to with anything he was having difficulties with. Still, his older brother Karim Abdullah says Rashawn didn’t let the fact that he had diabetes get in his way.

On the football field, he not only struggled with being small (about 5’9” and 180 pounds), but also with his hair being pulled, as it was longer than most of the other guys’. Yet, he was named 6A IFCA All State on Dec. 1, the same day of the accident. His success on the field was significant, but Abdullah says Rashawn was more than that.

“He wasn’t just a football player,” Abdullah said. “He turned into a young man.”

Underneath all of that football player exterior was what Blumer describes as a big teddy bear. For example, he and Blumer would apply face masks with each other. They did everything together, with Rashawn attached to her hip.

“Shawn will always be my best friend,” Blumer said.

Others that were close with him say there was just something different about him when they first met him. One of his best friends, Matthew Allen, says he and Rashawn just hit it off the day of eighth grade basketball tryouts. Since then, Allen has stayed with Rashawn and his family on multiple occasions.

Having known Rashawn and his personality for so long, Allen says he knows that Rashawn would not want for anyone to feel down about the recent events. Rashawn was one to push through the down times.

There was only one day football coach Brandon Winters can remember seeing Rashawn looking like he felt down. Winters says Rashawn said, “You know what, coach, don’t worry about it.” Rashawn looked past the situation, shifting his focus to going out and having fun in the game SHS was about to play.

“What I think everybody admired about Rashawn was he always had a smile on his face regardless of the situation,” head football coach Brandon Winters said.