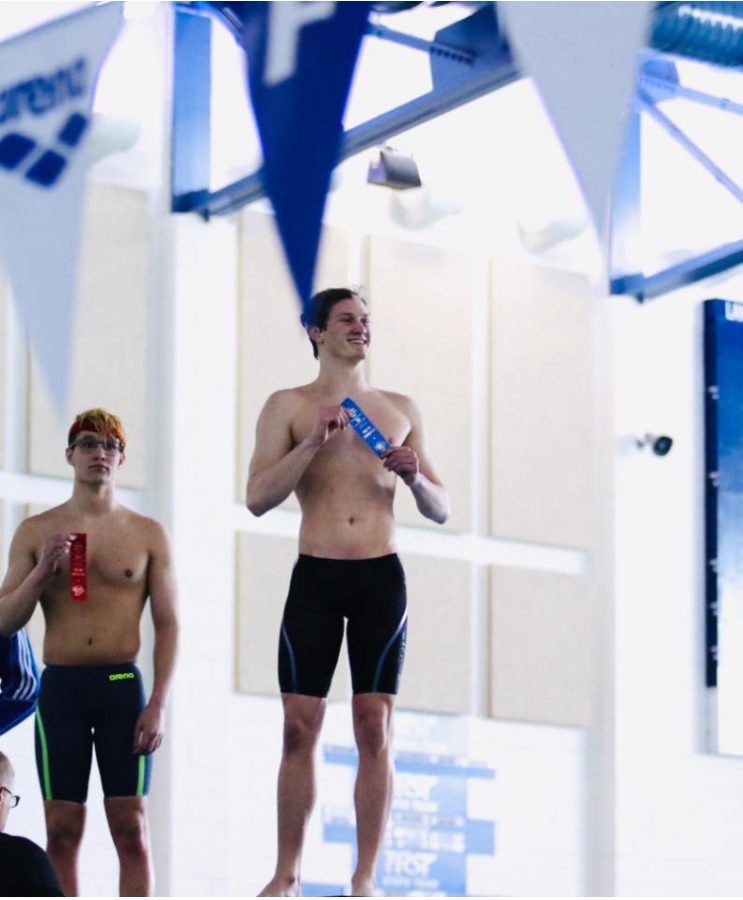 This past February, junior Drew Shellenberger swam in to the state championship meet for the boys swimming team, competing in the 500-meter freestyle. This was his third consecutive year making it to the state level, where he has placed 19th every time.

For Shellenberger, it was the first time he had “earned” his spot by winning his sectional. In years previous, he did not win his sectional, but was one of the fastest. Shellenberger dropped around a second and a half to set a new school record for his time of 4:41.26.

Training for Shellenberger is year round as he competes in triathlons and has to continue to be in shape. For the next year, Shellenberger plans on focusing more on swimming to better prepare himself for his senior year. According to senior Drew Reinke, Shellenberger is constantly training on his own for swimming and is always striving for the best from himself and his team.

“He has a drive to get better every day,” Reinke said.

With Shellenberger getting past the feat of earning his spot and an intensified swimming training schedule, a big goal for Shellenberger is to get over the 19th place hump next season.