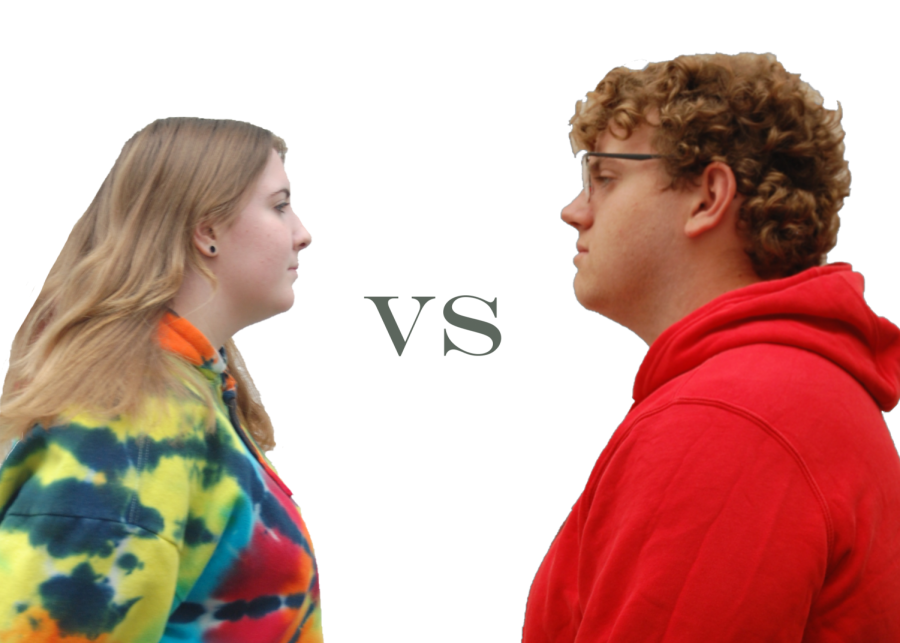 The drinking age should stay the same
Car wrecks. Injuries. Rape. Stupidity derives from the consumption of alcohol when given to the wrong person.
The 2017 Youth Risk Behavior Survey conducted by the CDC found that 30% of high schoolers drank some amount of alcohol, 14% binge drank, 6% drove after drinking and 17% rode with a driver who had been drinking. Of the 819,000 youth aged 12 to 20 in Indiana, 176,000 of them reported alcohol use in 2018, according to the Substance Abuse and Mental Health Services Administration. They also reported that 92 deaths were attributed to alcohol.
Because of the consequences, the drinking age should remain as is if not be increased. Lowering the age would only worsen the problems.
Sure, not everyone drinks recklessly, but just as most were told in elementary school, one person can ruin it for everyone.
High school parties are inevitable. You know, the ones people promote saying “BYOB” or “make it fat.” That’s always going to be a thing. But, by all means, don’t be ignorant. Most parties get shut down anyways, so you’re better off not getting caught by the police and having a record.
People always say that the human brain doesn’t stop developing until the age of 25. Allow me to explain.
According to Laura Dean-Mooney, a contributor to the U.S. news site, alcohol use leaves a neurotoxic effect and can become a threat to the brain as it is still developing.
“The adolescent brain is a work in progress…marked by significant development in areas of the brain responsible for learning, memory, complex thinking, planning, inhibition and emotional regulation,” Dean-Mooney wrote.
She goes on to discuss consequences including suicidal thoughts and academic slippery slopes. She says alcohol would put students at a greater risk for
those actions.
In addition to the negative effects of alcohol on the brain, alcohol accessibility is already too easy as is. A 17- or 18-year-old high schooler may have been friends with someone who was a senior when he or she was a freshman. That makes the former senior now 21 or 22 years old and the former freshman a current high school senior. So let’s say the drinking age is 18 for whatever reason. Okay, now there are 18 year olds who are now in high school with potentially thousands of underage students who now have easier accessibility to alcohol. That also pushes prevention responsibility to teachers.
You don’t need alcohol or drugs to have fun. People say it all the time, and I know it sounds cliche. But it’s true. Have fun, but don’t make dumb decisions. Don’t let your grades slip, and definitely don’t resort to drinking as a coping mechanism.
These things may appear to be common sense, but who’s to say youth will comprehend right from wrong? Overall, teenagers aren’t the best decision-makers, so let’s leave alcohol out of the mix.
The drinking age should be lowered
In nine days I will turn 18 years old. At that time I will be able to buy cigarettes or tobacco products legally, use lottery tickets, vote in any election, purchase a house or apartment by myself, get married and even purchase a firearm. The one activity not on this list is taking a drink of alcohol. To me, this seems absurd considering all of the opportunities we have when we become “adults.”
Underage drinking has plagued many people in the U.S., whether it is a college student partying with his/her friends or a high school student trying to fit in on the weekends. What if I said it doesn’t have to be that way?
One hundred six out of all 195 countries in the world, including neighboring countries, like Canada and Mexico, have their legal drinking age set at 18, but in the U.S. people can’t legally consume alcohol until they are 21.
Many people who partake in underage drinking do it in a very irresponsible manner because it is seen as almost a “forbidden fruit” because it is illegal. By lowering the consumption age, many people will cut down on the amount of irresponsible drinking because the thrill of doing illegal things will be gone. Many people “binge drink,” drinking as much alcohol as they can in a quick time, because they never know if the police will show up in the middle of the party or other function they are attending. With a lowered drinking age, teens will most likely cut down on the binge drinking because of the fact that they will legally be able to consume alcohol and not have to worry about getting arrested.
Another reason it should be lowered is because 18 is the legal age of adulthood in the U.S. meaning that people can live on their own, make their own decisions and even defend their country and put their lives on the line in the military. If a person is able to do all these things, then they should be able to drink alcohol legally.
Many people claim that if the U.S. lowers the drinking age that more crimes will rise but, according to drinkingageprocon.org, these numbers were found in a 2002 meta-study of the legal drinking age and health and social problems, which showed that 72% of the studies found no statistically significant relationship despite claims that lowering the MLDA to 18 would increase suicide and criminal activities by adolescents.
According to the World Health Organization, more than 65% of countries allow people 18 years or older to consume alcohol at a bar or restaurant. More than 55% of countries allow 18 year olds to buy alcohol at stores to consume off-premise. In the U.S., the drinking age is 21, a law the country shares with only five other countries.