SHS boys basketball team gets reinstated in the IHSAA tournament 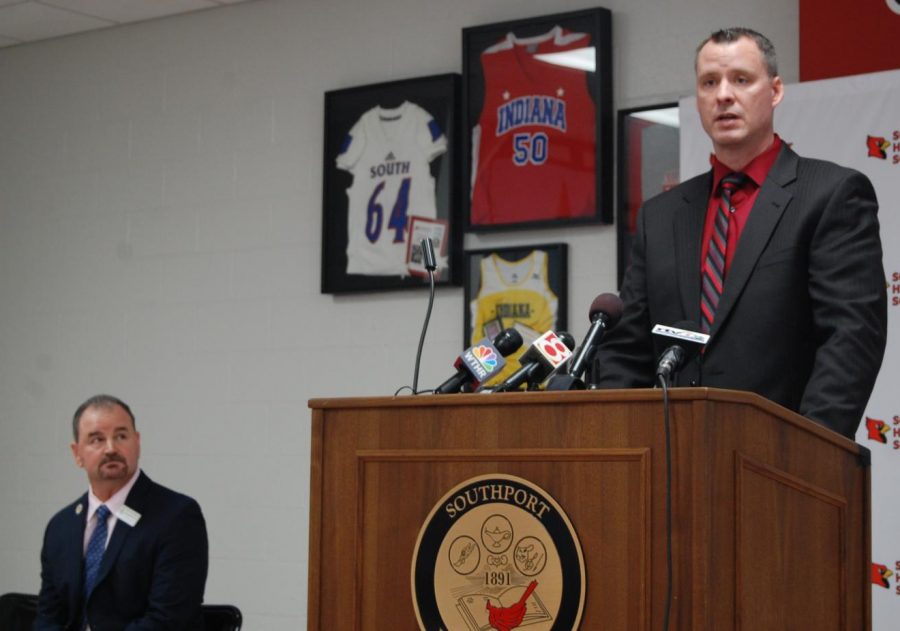 Head boys basketball coach Eric Brand explains his role in the violation of IHSAA rules at the press conference on Nov. 26. "This was all about me trying to protect a young man," Brand said.

Today that ruling was changed.

After SHS sent in an appeal to IHSAA, they scheduled a hearing for the appeal for this afternoon. This morning the IHSAA released a statement regarding a compromise between SHS and the IHSAA.

“In light of the new information, and in the spirit of compromise, the IHSAA has agreed to accept a suspension of the varsity coach from January 2020 to the end of this season, including the IHSAA tournament, so that the varsity team may compete in the 2020 IHSAA boys basketball tournament,” the statement read.

With Brand’s extended suspension, the IHSAA granted the SHS boys basketball team a chance to play in the IHSAA tournament at the end of this season.

In an email sent out to parents of basketball players this morning, SHS says they recognize their misguidance to Brand throughout the process.