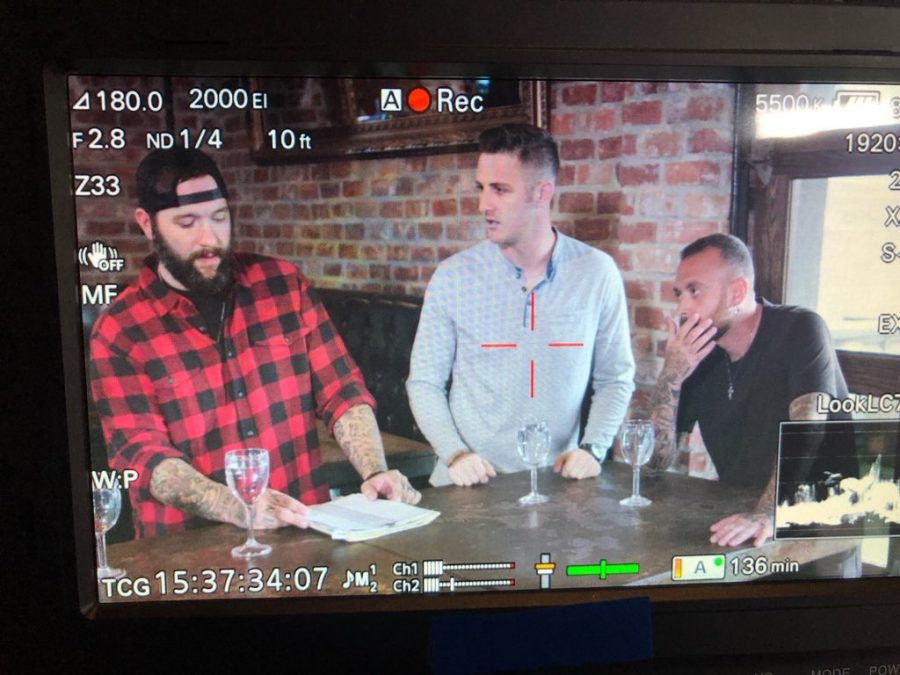 (Left to right) Chris Califf, Matt Lytle, and Eric Vitale shoot a scene for the show. On the show they work together to solve the “Ghost loops” in a location.

During high school, in addition to being on the baseball team and a sports writer and editor for The Journal, Lytle was active in the theater department. When he was a student, he performed in numerous plays as Prince Charming in “Cinderella,” Sheriff Beehan in the play “Tombstone,” Harold Hill in “The Music Man” and as a grandpa in the play “You Can’t Take It With You.” His time participating in theater productions while in high school is something that helped point him towards a new passion.

“I fell in love with the feeling of being another character,” Lytle said. “So I pursued more film and television acting after high school instead of theater.”

English teacher Brent Bockelman, also a former baseball coach of Lytle’s, had him in classes during his time at SHS and says he admires his attitude and drive.

“He was a hard worker, great attitude, very mature for his age, the type of person you want in the classroom…,” Bockelman said. “He was really well respected, not just from his teachers, but also from his peers.”`
Lytle has been in the acting business for five years now, appearing in bigger productions as Tucker in “15:17 to Paris,” an extra in “Jumanji: Welcome to the Jungle” and as a stand in for Chris Hemsworth, Chris Pratt and Thanos in “Avengers: Infinity War.”

Lytle’s first ghost hunt was for The Journal. An entertainment reporter was doing a story, so Lytle and another reporter went with her to the hunt. Lytle says that they found a lot of evidence and that he then became obsessed and knew it was what he wanted to pursue.

The title of the new show he’s now been working on, “Ghost Loop,” isn’t just a random name — it has meaning in the paranormal world. A ghost loop is an area of a house or building where the living are being terrorized by an entity. The entity or spirit will show itself in different ways repetitively by, for example, showing itself in the same corner of a house regularly as a dark form, crawling up walls in hallways as a shadow, pushing down on the bed or doing three knocks on the same door.

Lytle has worked with a crew on screen, for, so far, eight episodes, each episode being around an hour long. In the show, they will try and break the cycles of the different spirits caught in the ghost loop, then give them peace by bringing them out through recreated trigger environments.

However, despite the release of the show, Lytle says he knows that some people don’t believe in spirits and paranormal activity, even with the shows and documents currently out in the media.

“If you really don’t believe in ghosts, go to a super haunted place…,” Lytle said. “Spend the night there and tell me if you don’t believe because I’ve taken a lot of skeptics to ghost hunts, and 90% of them are believers now.” 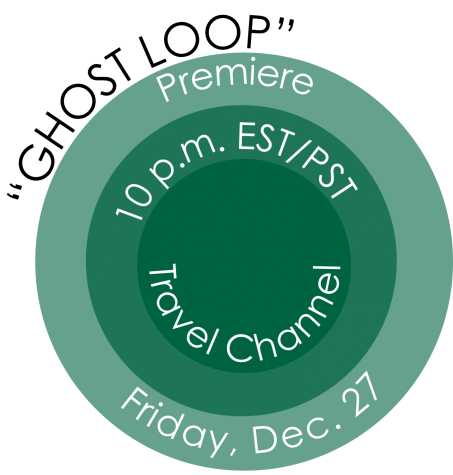