Cards breeze by the Rebels in Marion County tournament 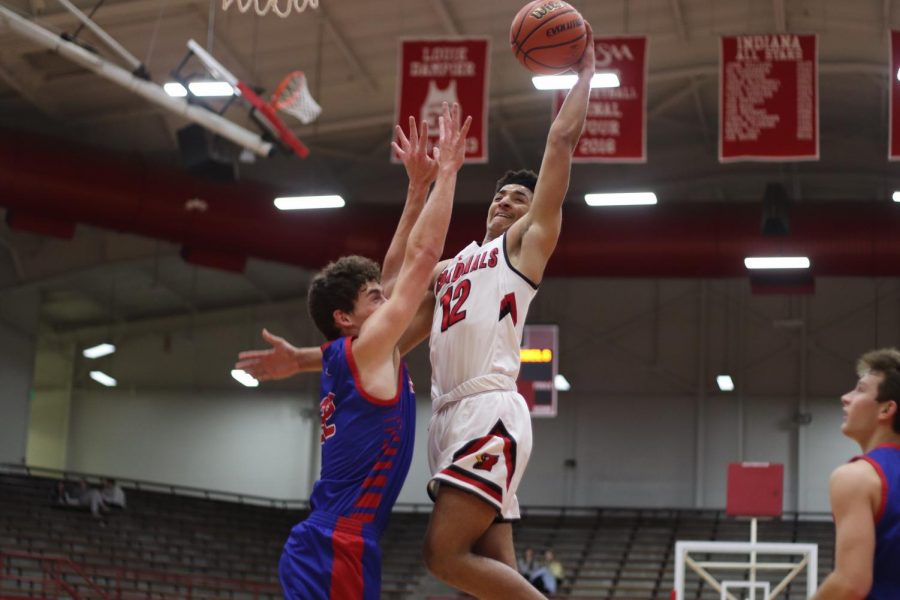 The boys basketball team rolled over the Roncalli Rebels in the first round of the Marion County Basketball Tournament on Jan. 14. With a final score of 60-49, the Cards’ record moves to 6-7.

This is their second win in a row after the Cards ended their six-game losing streak with a win against New Palestine on Jan. 11.

Tonight, the Cards were led by senior Brevin Jefferson and freshman AJ Dancler. Jefferson was the leading scorer for the game, finishing with 20 points, followed by Dancler who ended with 14.

In the third quarter, the Cards put up less points than either of the first two quarters and allowed the Rebels to get within five points.

The Cards were able to make free throws and close out the game, sending the Rebels to the buses with a loss and knocking them out of the tournament.

On Jan. 15, the Cards are scheduled to head to Lawrence Central at 6:30 p.m. to face the Bears in the second round of the tournament.