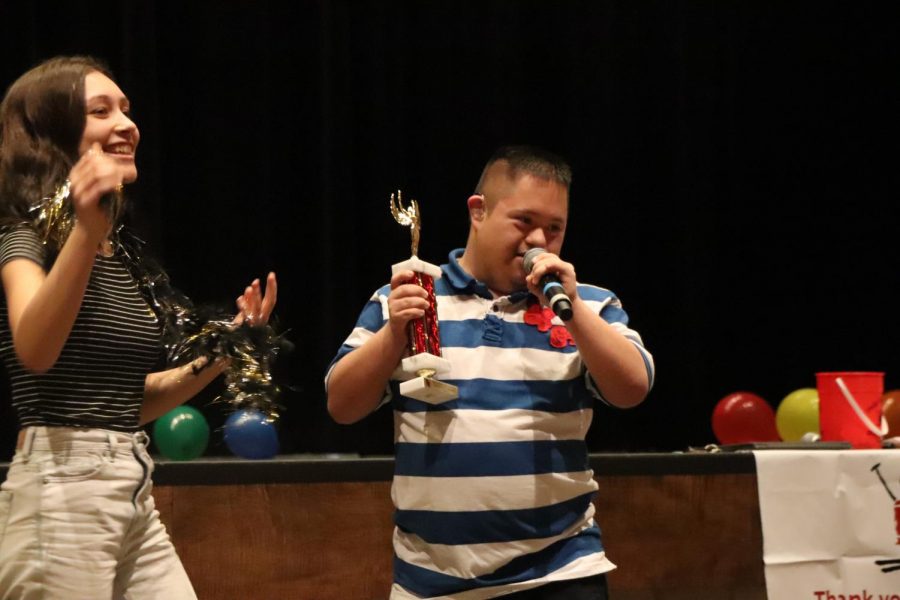 The Riley Dance Marathon has had its second annual lip-sync battle. The battle was hosted on Jan. 23 at 2:30 p.m. to help raise additional funds for Riley Children’s Hospital. Students and teachers competed against each other by lip-syncing their favorite songs in choreographed performances.

According to Brown, lots of preparation for the battle had been underway and the directors had been working diligently to make sure the event is a success from signups to decorations to putting up event posters. This is the second year SHS has put on the event due to the positive feedback from last year’s success. The directors of the lip-sync battle have found it to be a very exciting way to get students involved in fundraising to support such a great cause and help kids of their own age. This will help the students to be more engaged and involved in their community and will motivate them to grow as individuals.

”It is just a fun way to raise money,” sophomore Ellie Brown said.

According to RDM president senior Kendall Henderson, the lip-sync battle is great initiative to raise awareness about the dance marathon in general and it helps people realize that you can have a good time raising money for a good cause. It creates a sense of serving and leadership among the students of SHS and helps them reflect upon the idea of giving back to the community with zeal and enthusiasm.

The involvement of teachers and the staff with various performances makes it more enjoyable to watch for students. Henderson mentioned her favorite aspects of the battle. She was pretty thrilled with the last year’s success and the fun time she spent there.

“Last year the Principal of SHS, Mr. Knight and assistant principal Miss. Boone had a group together and it was enjoyable watching them perform with each other,” Henderson said. “ We are working on it hard this year. We hope people come, have fun and participate to get this fun experience.”

Moreover, it is a great community event for students to come together, act goofy with their teachers and friends and have fun. Junior Nick Synder eagerly waited for the day to spend some quality time with his friends and make fun memories. He enjoyed himself a lot with his friends last time, and he is excited for this year’s amusing experience.

“The best part about lip-sync battle is doing goofy things with my buddies, ” Synder said.

Last year, the dance marathon had roughly 30 participants and was able to raise a few hundred extra dollars in addition to what was raised from the dance marathon. This year they were looking forward to more since SHS has invited its rival school, PMHS, to be involved in this fun activity and help them make a difference in the lives of the kids of Riley Children’s foundation.

“So whether or not you’re planning on performing, everyone is encouraged to attend the event to not only help raise funds for Riley, but also be a part of a great opportunity to get together with friends and have a great night laughing and enjoying the performances of the participants,” Henderson said.