My hair, my choice 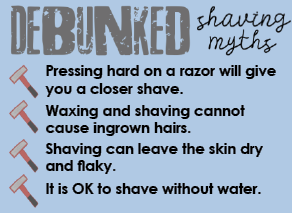 I grew up thinking that my body was gross. Not because of the extra fat on it or the weird pimples, but simply because of the hair that grew on me. Little 9-year-old me started to hate my legs when I was only in the third grade because I realized I had some pretty dark and long hair on them. It’s funny that at such a young age I could develop so much hatred for something completely natural that I had no control over.

I hated this part of me, though, because it’s been instilled in me since before I can remember that body hair is wrong, gross and should be removed at all costs. I’ve been taught that men can have any amount of body hair they’d like, but women can’t. These ideals of body hair and its removal have plagued our world. I’m not here to tell anyone what to do with their body or the hair that grows on it. But we have to be more conscious of why we’re shaving or waxing, rather than doing it because it’s the sexist societal standard in place.

Body hair is natural. Everyone has it. So why isn’t it viewed the same way across the board? If women have an amount of body hair that’s deemed excessive, they are labeled as gross and unhygienic. But if a man has the same amount, they’re perfectly normal. 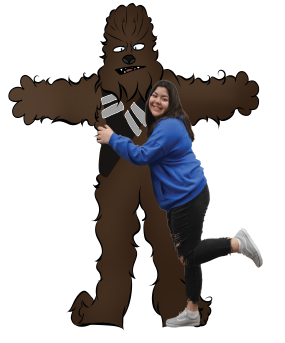 I now couldn’t care less about the hair that’s on my body. I’ve grown a lot since third grade and have seen the unfair treatment of women over something so simple. One woman told Healthline, a general health guide, that “No one has body hair in the media. You grow up thinking that’s normal and easily attainable.” Not only have I experienced this lack of representation of body hair in the media, I’ve also been told by plenty of people in my life that not shaving for weeks or even months is disgusting. But at this point, I’ve learned to just let it go.

If we would all stop letting society dictate our lifestyle, this would not be an issue. We have to stop telling ourselves that being all natural is wrong. No one tells vegans that they’re disgusting for eating the healthiest of foods, so why am I disgusting if I don’t shave for a couple weeks?

Trust me, I’m no stranger to hair removal. I love the feeling of having smooth legs and underarms. I recently used Nair and was ridiculed for that too. I’ve been told having hair is wrong, but apparently so is removing it, depending on the method. It’s like no matter what I do, there will always be this terrible stigma around the hair on my body.
And there’s this stigma around being true to yourself, too, and body hair plays a role in that. People just can’t be happy when other people are living their best lives. I can live my best life with no hair on me other than my head and also still live that best life when I look like Chewbacca.

I remember shaving for the first time in fourth grade,because I felt like a caveman. Honestly, no childhood experience felt as freeing as that one. Something so simple made me just a little happier about the body I was in. But now I’ve grown, and both ends of the body hair spectrum can make me just a little happier, depending on my mood or the season, whatever the case may be.