Fan "ships" should have boundaries 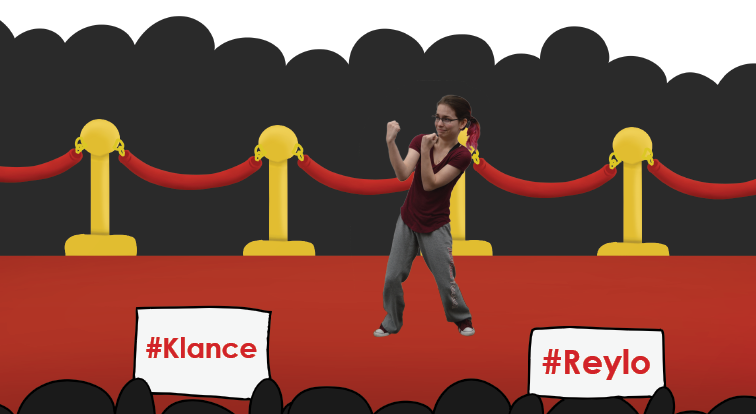 Within books, TV shows or movies, it seems there are always those two characters who have a lot of chemistry. Naturally, fans of the show root for them to get together. Characters such as Lance and Keith from “Voltron: Legendary Defenders” or Rey and Kylo from “Star Wars” are prime examples of this.

However, when the fans voice their opinions on social media, some go too far. By too far, I mean that they threaten the producers, writers or actors in defense of their “ship,” or the relationship they desire to see played out. This practice isn’t right and should end immediately. Although some fans believe they’re being reasonable by using threats, it causes distress within the fandom and shouldn’t continue by any means, especially since the threats are often stupid, unreasonable and don’t get the points across efficently.

Fandoms, groups of fans of the same media form, create a place for people of common interests to explore. So when the fandom starts to threaten people, it is no longer safe. Although some threats are harmless, fandoms have gone to the point of blackmailing producers and causing developers to have their jobs at risk.

One of these fandoms is “Voltron: Legendary Defenders.” The fandom quickly became toxic when its main “ship” wasn’t actually put into the show. According to SyFy Wire, one Tumblr user refused to take down leaked photos. These photos were unauthorized, as they held scenes for future episodes.The user claimed that the photos would be taken down under one condition. This condition was that “Klance,” the “ship” was between the characters Lance and Keith be made canon.

This leakage of photos, which turned to blackmail, along with many other smaller threats, created tension in the Voltron fandom. To me, threats are completely unnecessary for dealing with fictional relationships of any kind. I love fictional ships just as much as anyone, but breaching the creators’ privacy and then proceeding to threaten them is nauseating.

A tweet from Bex Taylor-Klaus, the voice actor of the character Pidge Gunderson from Voltron, spoke out on July 25. Taylor-Klaus openly expressed her anger about the shipping threats. If the voice actors have to speak out, the fandom has reached the toxic point.

Another example of fans becoming toxic is from the “Star Wars” fandom. “Star Wars” has a different type of toxicity within the fans, caused by another “ship,” in this case, “Reylo.” This ship between Kylo Ren and Rey was considered abusive by many fans due to Kylo’s villain archetype. These characters are not real, yet fans have gone as far as to threaten others over them. It makes no sense to me since there are alternative actions that can be taken. Fanfiction, for example, is an alternative, giving the writer room to create scenarios that wouldn’t normally happen.There are hundreds of fanfictions to explore.

I am disgusted at how far fans have gone to try and secure a relationship starting, continuing or ending purely for the benefit of their “ships.” Fandom toxicity is a large problem, no matter the level of extremity. To ensure a safe space for fans, actors and creators, the toxicity must stop.