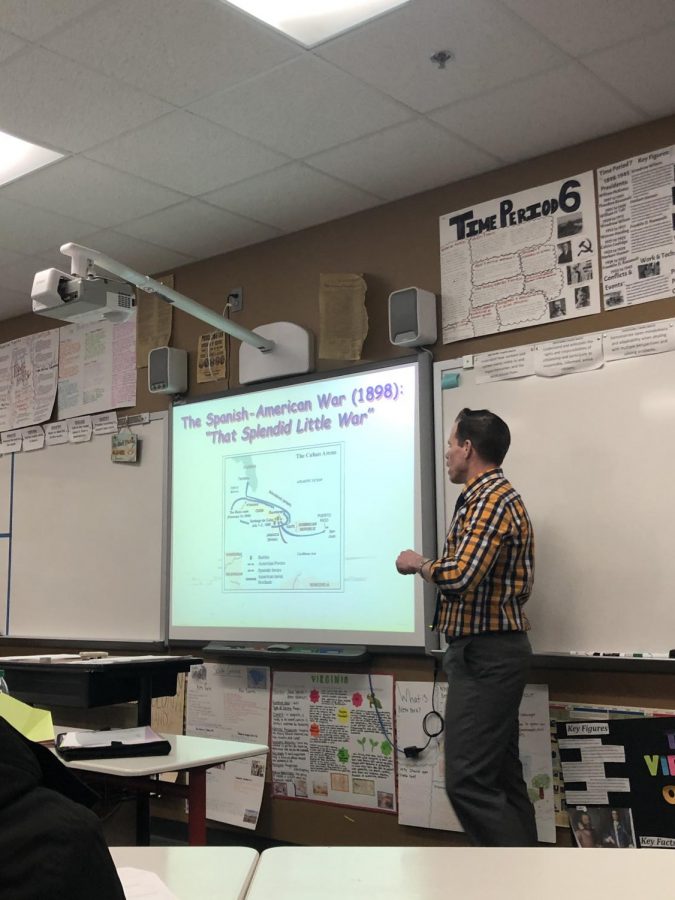 Social studies teacher David Luers teaches one of his classes. He recently got his new elective, Ethnic Studies, approved.

Learning about the variety of cultures within SHS and the world is now becoming an elective. Social studies teacher David Luers, who is leading the class, says that it is open to students willing to keep their eyes open with the differences around them and discuss what the reality is within these different cultures.

This is a pre-approved class, required by the state, but it hasn’t been offered before at SHS. The ethnic studies class appeared on SHS scheduling forms and was approved by PTEC, but there were no teachers planning on teaching the class. From Luers’s work and discussions, this class has become a reality that students can take. According to Luers, there is a possibility that this class will be taught along with his peers, who as of now are helping to plan the curriculum for the 2020-2021 school year.

The class will be discussing four major ethic groups: African American, Latino, Asian American, Native American and the differences within these groups. According to Luers, the curriculum for the class isn’t set in stone because other teachers are still presenting many different ideas and suggestions.. As far as assignments, this course is about modern culture. The curriculum will not be following direct guidelines and topics from within any specific textbook.

As this is a new elective, the amount of students that were interested in taking the class was a big factor in getting it to be official. The majority of students keen on taking this class are likely returning students of Luers.

Junior Arohn Mantun said “He’s very informative, and he just has a lot of knowledge he likes to share, (Luers is) very easygoing.”

According to junior Brayden Wilson, who has also taken classes from Luers, many students are excited and very willing to learn about the culture around them from Luers who is said to be great with details and information.

“I love his teaching style,” Wilson said. “Personally, I didn’t do great in his class, but I learned so much from it. I just needed to have him again before I graduated.”

According to Luers, the main lesson he would like students to take from his class is to be able to take in what is being taught and use it to be more aware of the people around them. He says it is important for kids from a dominant culture to appreciate the other ones around them. Also to explore what other cultures are like and kids from smaller cultures to realize that their differing cultures are appreciated and celebrated for their originality.

“I would like students to be more open minded with being with other cultures and diversity and multiculturalism is a good thing, it’s a strength.” Luers said.