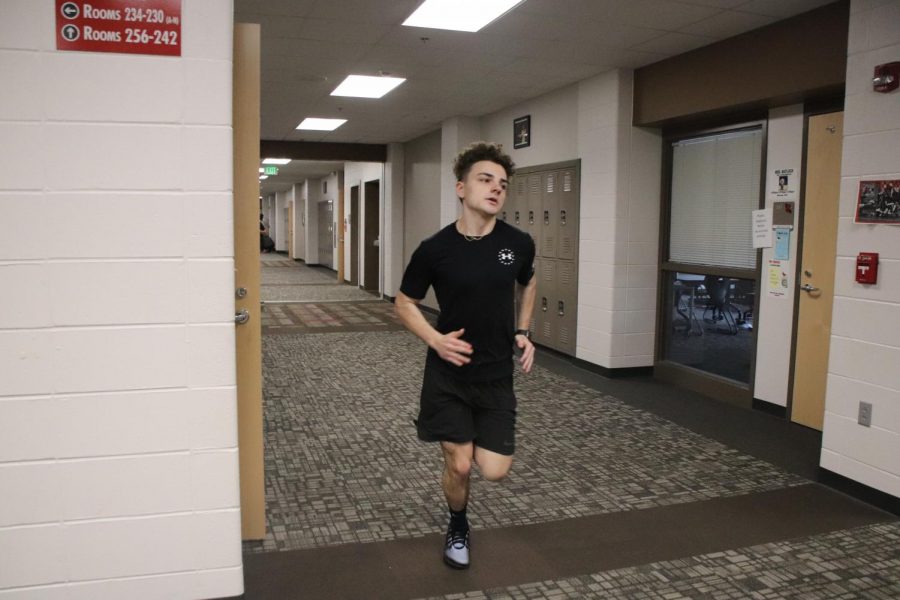 With the SHS boys track team starting their season, the team is looking back to the previous season to see what areas they need to improve.

According to head coach Herman Bueno, they had an average year in 2019. He feels that they need to improve strength in multiple events rather than just a couple.

“We need to improve our depth in numerous events,” Bueno said. “That would help us out in the larger invitational meets and the overall future of the track program.”

This year’s team will not have senior Drew Shellenberger, a standout athlete from previous years. Instead of competing in this season, he wants to step away from the team so he can focus on his triathlon training.

“It’s going to be a little bummer since we’re not going to have Drew during track season since he’s going to be focusing on his triathlon career, but we still have a lot of talent we can still make due with,” senior runner Lee Ellyson said.

Despite Shellenberger’s absence, there are many players that will still stand out in their respected events. According to Bueno, some seniors to look out for who might excel in sprints and hurdles are Brayon Hogan, Jesse Rich and Joshua Gritt. Most of their distance strength comes from juniors on the team, Nick Frank and Jackson Meier. Many top speed runners come from the sophomore class with Nolan Hall, Mason Piatt, Ethan Main and Micah Smith. Lastly, the field events will be led by juniors Ethan Henderson in the high jump and Evan Haag in pole vault.

All the practice and preparation will lead up to meets with other schools. While some are easier than others, they still have the hard meets that the team must compete at their best to turn out on top.

“I think sectionals and conference will be our hardest meets this year since we face the hardest teams during those events,” Ellyson said.

For now, the Cards are just practicing and preparing for this upcoming season.

“Most of our varsity athletes have been working out with coach Andrew Geller, coach Carl Basey and coach Lance Nelson since November,” Bueno said. “All we can do is hope that hard work over time will pay off.”