A step to college

As college exams season nears, SHS student and teachers share some advice for seniors and juniors 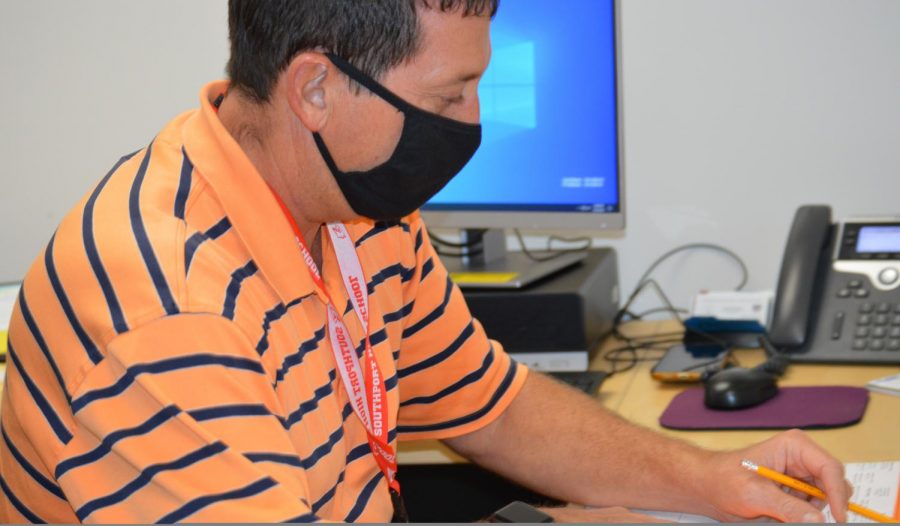 Taking tests is a natural part of students’ lives, however, there are tests that are more important than any others like the SAT and the ACT.  The SAT and ACT are are mainly taken in high school and are used as college entrance exams.

The SAT tests are administered by the College Board and it tests students’ abilities in reading, math and writing skills. Meanwhile, the ACT is given by ACT, Inc. and it tests how well one might do in college compared to other students. These are recommended to be taken in junior year of high school because it could help them with future college applications.

“Taking them as a junior does give you every option,”  school counselor Patrick Clark said.

The tests are heavily used by colleges to determine which students get into their schools. While taking the tests is a challenge on its own for some and easy for others, preparing for it is a whole other battlefield that students face.

“The best way to study for the SAT is through Khan Academy,” Clark said.  “Khan Academy is produced by the College Board, which also produces the SAT.”

Khan Academy has many videos explaining how to work out a problem in every subject possible. Not only do they cover every subject but they also teach every method that a student would learn in school from their teachers.

Because of different test dates getting canceled and changes this year due to the coronavirus, seniors took their tests later than normal.

Senior Lian Cing took the test in August and began preparing for it a couple of weeks in advance. She says she understands that studying is no easy task to do and something that she can’t just ignore until the last minute.

“To prepare for the SAT, I started studying two weeks in advance so that I don’t cram in everything the night before or the week before the SAT,” Cing said.

She also says that she didn’t need to buy the SAT book to prepare for it. She was able to find sources online so she wouldn’t have to spend extra money on the test books.

“I studied on multiple online websites because I didn’t have the book,” Cing said. “For example, I study on Khan Academy because they have really good resources.”

Taking the SAT and ACT can also help students pay for college because they can get awarded with scholarships, a type of financial aid.

English teacher Dawn Fowerbaugh says that the test is a whole lot more than a regular test because of how it helps students earn scholarships instead of having them steer the other way, which would be student loans.

“Depending on their score, if you score high enough you can earn a free ride to free tuition,” Fowerbaugh said.