A new way of living brings light to junior 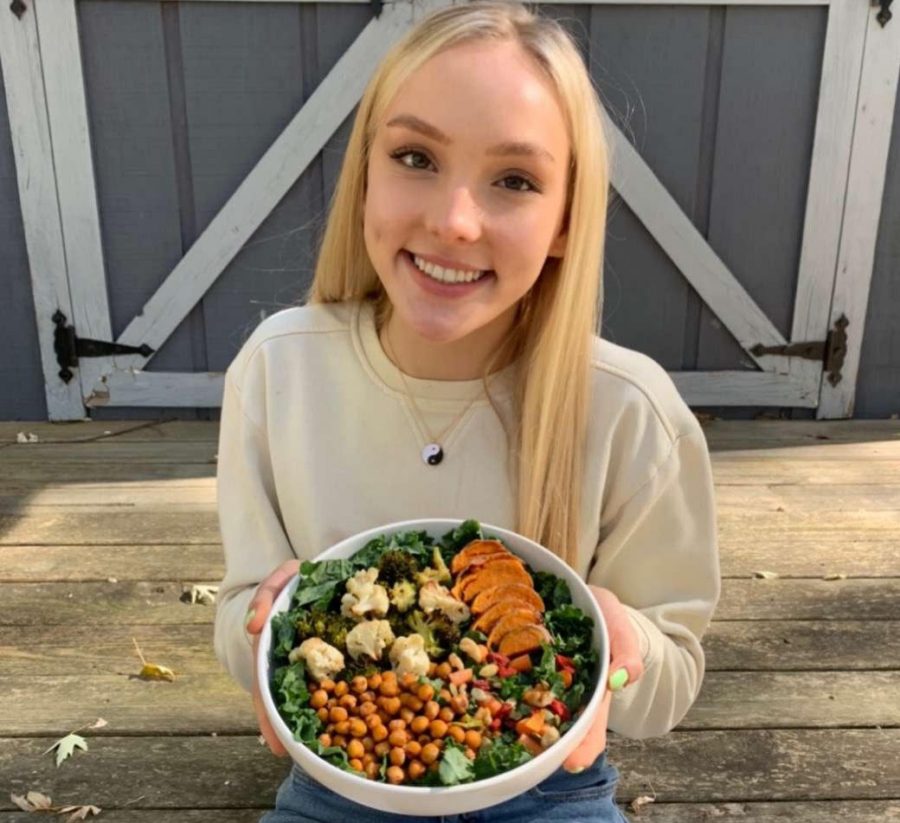 Junior Aija Bowman is holding one of her vegan meals. She calls it a "Nourish Bowl."

About five months ago, after watching the effects of animal cruelty, junior Aija Bowman knew she wanted to make a change. She decided to become vegan but for her, being vegan isn’t a diet as much as it is a lifestyle.

“I think that the way the world gets animal products now is very cruel and I don’t agree with it,” Bowman said. “And so I figured I could try to minimize that a little bit, not by much. But by being a vegan, I could do my part.”

Over the last five months, Bowman has been learning new recipes, and implementing a vegan-friendly diet, all while growing her own vegan Instagram account. She has recently grown more of a passion for the reason behind her new lifestyle.

She has also learned to enjoy cooking and likes to find new recipes frequently. Bowman says her goals for her vegan Instagram page would be to better herself and to learn new recipes.

While scrolling on TikTok, she saw various videos about the vegan lifestyle on her ForYou page. She says that was a big step for her and her journey. It helped her realize being vegan was an obtainable diet and something she could do.

Once she decided this was something she wanted, she dove into research as much as possible to make sure this was the right path for her. When researching, she realized how poorly animals are treated to get animal products.

“I didn’t know how bad it was,” Bowman said. “So recently I have watched a lot of videos and documentaries, and it is so much worse than I thought.”

Her mother, Whitney Bowman, says that her daughter uses her resources very well. Whitney says that Bowman teaches her things she didn’t know even after being a vegetarian for 20 years.

“I’m not sure any person could

eat healthier than she does,” Whitney said.

Since Bowman became vegan, she says she has a lot more mental clarity and is energized, and she has never felt better.  She says she doesn’t know why she would ever go back.

Aija’s friend junior Grace Palmer says that she can tell Bowman is very passionate about her new lifestyle choices and thinks that becoming a vegan has made her into a happier person.

Bowman has many goals and is excited to see where her vegan Instagram page  will take her. She is so thankful that her vegan diet has made her healthier, happier and more educated on what’s going on around her.

“My goal is to get better and improve myself,” Bowman said. “If I were to be able to influence people to go plant-based, that would be super cool.”