The show goes on

The dance team held a showcase amid new virus restrictions 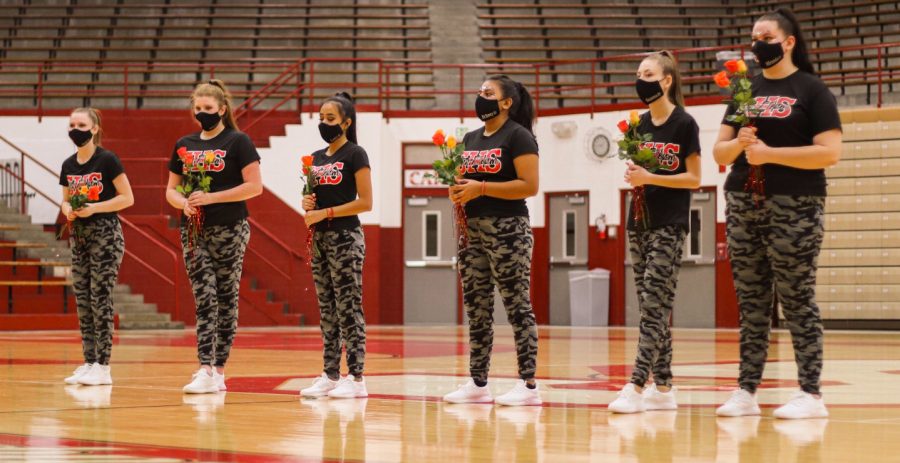 SHS dance team has a final showcase in their home gym. Pictured here are the dances receiving congratulatory flowers.

After several practices, the SHS Dance team performed in front of family and friends. On November 29, the team held their showcase in the SHS Fieldhouse. The showcase featured a hip hop group dance, a jazz routine, two solo numbers, duets, trios and groups of four and five according to the head coach Jessi Walpole.

“Despite all of the craziness they are doing really, really well,” Walpole said. They have such fantastic attitudes and overall work ethic. I think they are really talented.”

Due to the pandemic, the number of people in the audience was limited.

“It was limited to a maximum of 200 people, and it was just friends and families of the dancers,” Walpole said. “They were responsible for getting the tickets and the word out.”

The showcase was streamed on Twitch, an online live streaming platform, for those who felt uncomfortable coming to the showcase or wanted to watch the showcase from home.

“It’s kind of difficult because we don’t really know if we are going to have competitions,” Torres said.

The dancers also had to wear costumes during the show that came from several sources. 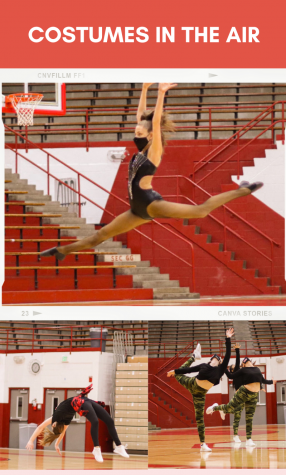 According to Walpole, the team had to reuse some costumes that were from previous performances. The team also had new costumes bought and other costumes were items that the team had at home.

“The team uniforms were done through our team fees,“ Walpole said.

The team practiced for the showcase in the choir room and the auditorium. Even with the smaller audience, the team felt like they did well overall.