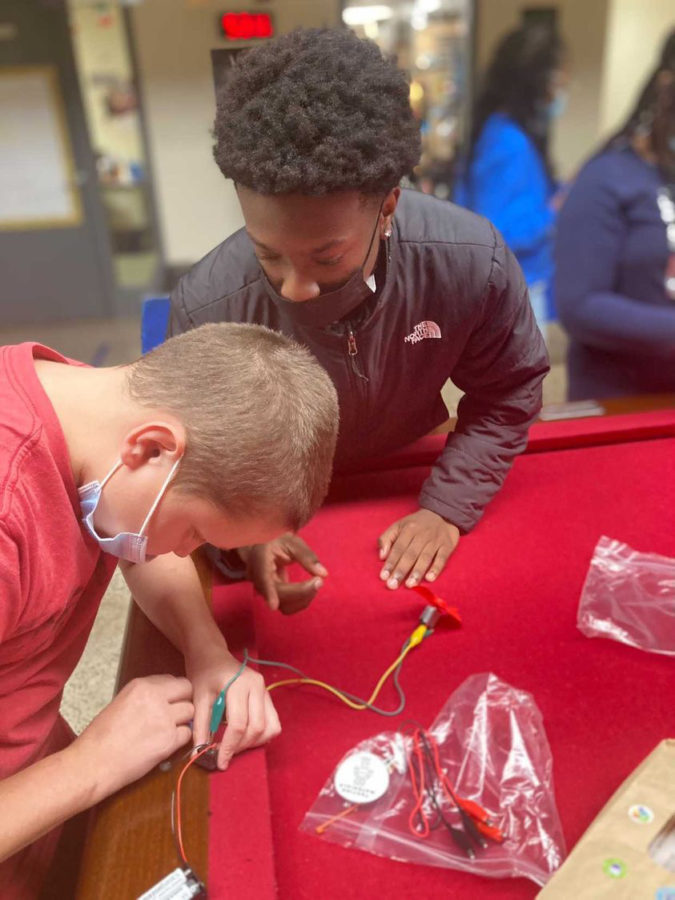 Having attended Keenan-Stahl Boys and Girls club since his youth, Donte McDonald enters his senior year being named this year’s Youth of the Year.

From the moment he first stepped into the club at a young age, McDonald recalled how comforting it was

“Boys and girls club is like my second home,” McDonald said. “I’ve been going there since I was six years old, and it’s just been like a safe place that I could go to.”

He expressed that the staff there helped shape him to be the person he is today. He spent most of his time in the game room, until that changed one day.

“I was a really shy kid so I didn’t talk to many people,” McDonald said. “I didn’t have many friends back then, but a staff member specifically came over and introduced me to a kid and said I should start playing with him. Then it just went from there, I started getting new friends and it just grew on me.”

McDonald says that he still plans on attending the club in hopes of helping other kids there who may be going through the same thing he was.

“Everything comes in full circle,” McDonald said. “Since the staff helped me grow out of my shell, I help the kids that are scared and nervous who don’t really talk to people by helping them feel welcomed and give them the opportunity that I was given.”

Isia Williamson, Program Director for Keenan-Stahl Boys & Girls Club, explained that McDonald’s kindness and respectfulness was a contributor as to why she nominated him for the award.

“He has a certain positivity that exerts from him that is kind of infectious to other people,” Williamson said. “Just being around him, his kindness sort of just rubs off on you.”

From growing out of his shell at his time at the club to now becoming the person he is today, staff members at the club can easily recall what they noticed throughout McDonald’s journey.

“I would say he found his self confidence along with being comfortable with who he is,” Williamson said.

Team Director at Keenan-Stahl Boys & Girls Club, Jose Bravo, has known McDonald since he was a kid. Bravo says that he views McDonald as family and emphasizes how well his personality has developed over time.

“I noticed the maturity, and I noticed how he carried himself with a lot of respect,” Bravo said.

Despite McDonald’s change and growth into the person he is now, one thing that stayed the same about him is that he has always remained true to himself.

“He hasn’t changed who he’s actually always been,” Williamson said. “I think he’s just become more confident by not letting anything change who he authentically is.”

Bravo would even go as far to say that McDonald’s authenticity was the reason why he won the award.

“I think Donte really won because he was being his genuine self and he was letting the judges know who he really was while not being nervous about it,” Bravo said.

Having known him from a really young age, Bravo can’t help but be proud to have been able to witness his growth.

“He’s really growing up and it’s something that makes me very happy to see that the next generation’s coming, and they’re going to now fill in the shoes of what we’ve been doing,” Bravo said.