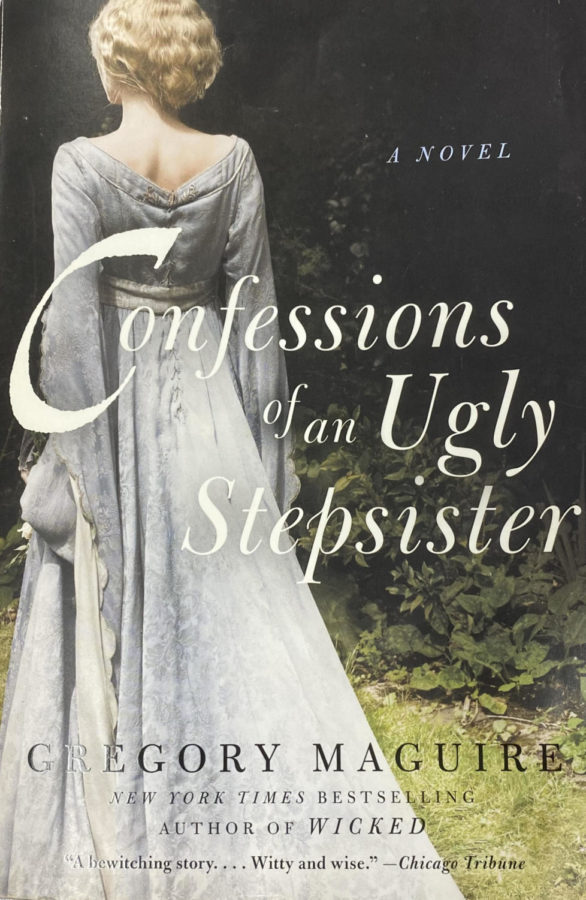 The cover of "Confessions of an Ugly Stepsister." The book was published in 1999.

I have always loved fairy tales. The thought of someone living happily ever after, the comfort of magic and talking animals, and I even loved the villains of the storybooks. Specifically, “Cinderella” was my favorite from a young age.

Although I grew out of wondering if a Fairy Godmother would help me capture the heart of princes of an unknown land, I was curious and overly-excited to start reading “Confessions of an Ugly Stepsister” by Gregory Maguire.

I expected something completely different when I first started reading. I thought I would see the point of view of one of the ugly stepsisters of Cinderella’s house and follow through the events of the widely known fairy tale. I was expecting to hate the stepsisters, to wish for them to fail as I read what they thought of Cinderella.

A predictable, but still fulfilling, read.

I didn’t think I would be reading a book like “Confessions of an Ugly Stepsister,” but I am thankful that I read it. It was much better than all of my expectations.

I was correct on some parts, the book does follow the lives of the ugly stepsisters, named Iris and Ruth, but in a way that changes the attitude toward these villainous sisters. Maguire writes the sisters as human. They have flaws, but they’re kind. A troubled background is given to them and the reader connects with Iris who has a sense of comfort.

I knew this tale, but this book made me see the characters as new people. For example, the evil stepmother. Instead of the readers seeing her be harsh to Cinderella in the book, the woman is seen as a stern woman. She is willing to do anything for her children, while also being a slap of reality throughout the story. I’ll admit that I still hated her, she was unnecessarily cruel in her attempts to be honest, but I admired how Mcguire had taken the idea of a mean and loveless woman and turned it into a character that was willing to do anything for her family and mothers Cinderella after hers had passed.

Another character that was changed was Cinderella. Cinderella, referred to as Clara throughout the story, is bratty and strange. She’s sheltered but has a fiery temper that is a far cry from the helpless princess I was familiar with. The way Mcquire wrote her personality made me hate her at first. I thought she was spoiled, but it was refreshing to see a beloved character like this. Clara wasn’t a poor girl who was relentlessly beaten down by her uglier stepsisters, but a scared girl who had an easy time putting herself first.

This book provided me with an entirely new perspective of the tale that was fascinating.The book was cozy in a way that fairy tales tended to be, but added depth to characters which made it amazing.

There was a slight downside. The audience is given the story through the eyes of Iris. It’s not a bad thing at first glance, but with her point of view comes the limited knowledge of a child.

However, I found this perspective made the book better. In the eyes of Iris the audience not only notices her growing up, but gains her thoughts. Maguire uses Iris as a way to bridge together the real world and small tidbits of magic. Whether it was an imp in the attic, or rumors that Clara is a changeling, the child-like wonder and view of a magical world was nostalgic.

Reading the book, seeing this childish delight as well as the beginning thoughts of a young woman, made it one of my favorite rewrites of the classic tale.