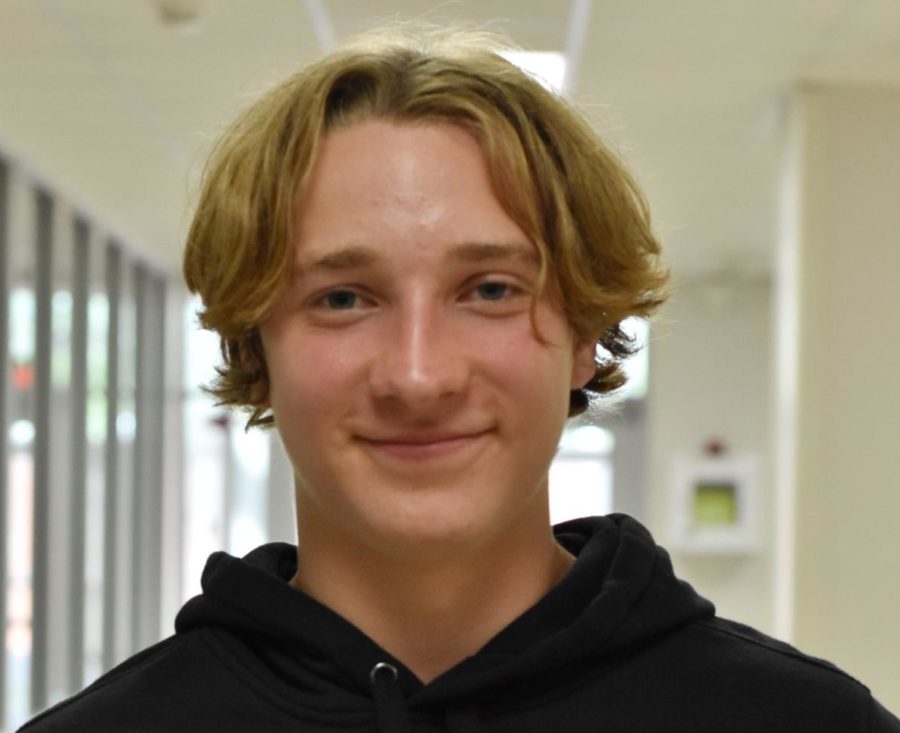 German exchange student Jurek Bergman has been playing American football since elementary school. His teacher had introduced the sport to him so Bergman joined a club called Berlin Adler, to continue his newfound hobby.
‘‘I really like the sport and I enjoy playing it,’’ Bergman said.
He played his first varsity football game at SHS against Roncalli on Aug. 19 and was in the linebacker position. He noticed that the players are larger in size here than in Germany.
Along with that, the markets, school and food portions are much bigger to what he is used to. His school in Berlin is smaller, and teachers did not have their own classrooms. They moved from class to class just like the students in America.
The reason America was his goal once he applied to do an exchange year was because he wanted to improve his English and experience a country that is outside of Europe.
He hopes to travel to states that surround Indiana and went to a pre season Colts football game with his host brother, Zeke Petty. They were able to go to this game because family friends gave them the tickets.
“Every time we will go see something that’s really American, that’s all cool to see how it shocks him,” Petty said.
Petty was long aware that Bergman would stay with him but he was shocked another person was living in the house. He was later able to get used to this especially since he has older siblings who do not live with him.
“It’s nice having an older brother around the house,’’ Petty said.