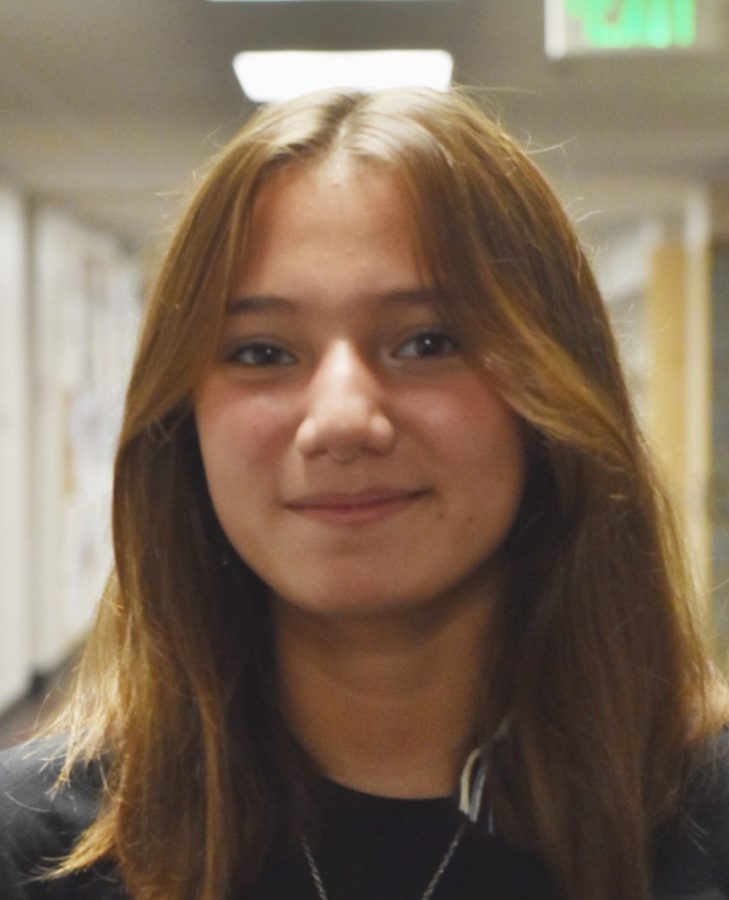 French exchange student Chloe Muller, imagined America to be similar to the movies she had seen. The school, how people socialized, there was already an image imprinted in her head.
Once she arrived, she noticed around two weeks in that people were also more open to conversation with strangers, whereas in France, it is uncommon to speak with strangers.
She remembers being at the supermarket with her host mother Mindy Heller, and a woman suggested that they try a cake that she liked. At first, Muller was confused as to why a stranger was speaking with her. She later got used to the idea of interacting with strangers.
Arriving at SHS, Muller appreciated how she was quickly welcomed into the culture.
‘’I like to talk to people because they’re very nice,” Muller said.
Muller has always wanted to visit New York City because she has seen Christmas movies based on New York.
Heller decided to host Muller because she felt that having a student around the age of her own kids would be helpful to them and Muller would be a lifelong friend. Heller has experience in hosting students because her family hosted a Japanese exchange student.
“[Muller]’s super sweet and has a good personality and is just good about jumping into new things and navigating new situations,“ Heller said, “She’s been really great to host.”