The Journal Rewired • May 6, 2015 • https://thejournalrewired.com/3455/sports/senior-night-for-the-lacrosse-team/

Senior night for the lacrosse team 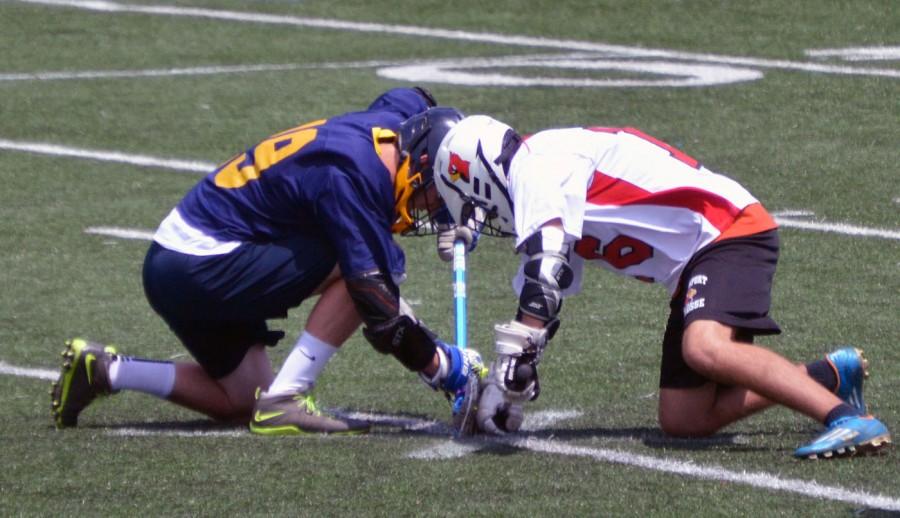 SHS and Roncalli have always been rivals in lacrosse. This rivalry means a lot for a few seniors.

Senior night for the SHS lacrosse team will be on Wednesday. There are four seniors on the roster for SHS. The winner of the game will get the Mayor’s Traveling Award.

“We have played them every year since we got into the league seven years ago,” SHS lacrosse coach Doug Aldridge said.

The four seniors on the SHS lacrosse team are Bob Rogers, Zackary Hancock, Warren Conatser and Austin Lindbeck. They will be recognized due to being a senior.

There is a senior night usually for every sport. The game is important for the seniors because of that but now they get to share that experience facing their biggest rivalry.

“It feels good being able to play four years and to say I did it,” Hancock said.

Aldridge has played a big role on why Hancock stayed to play lacrosse his senior year. Hancock thinks of Aldridge as a good role model.

Normally every sports team on SHS is rivals with Perry Meridian. That’s not the case for the SHS lacrosse team because Perry doesn’t have one.

SHS will be facing off against Roncalli at 6:30 this Wednesday at home.