The Journal Rewired • May 18, 2015 • https://thejournalrewired.com/3531/sports/hyde-shows-up-on-senior-night-for-cards-baseball/

Hyde shows up on senior night for Cards baseball 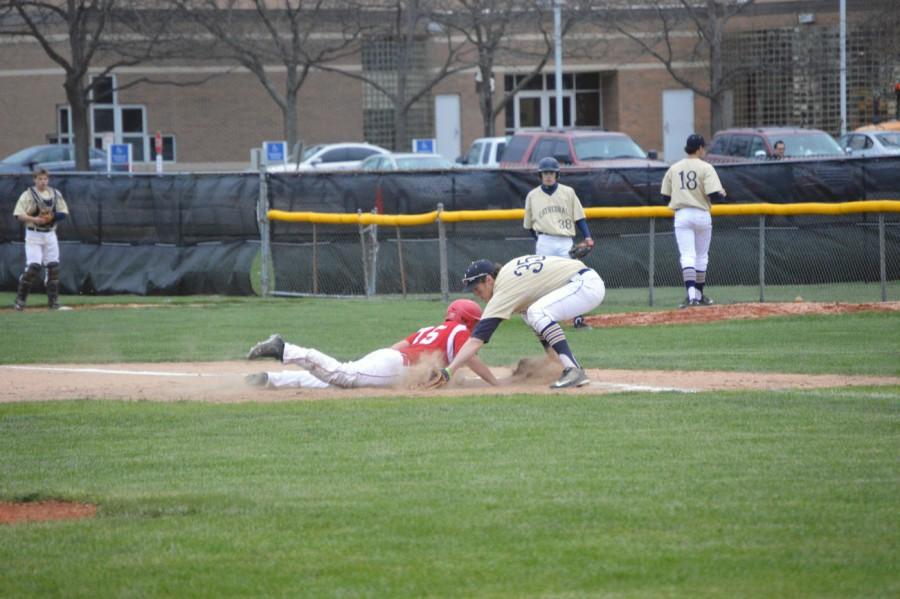 The team lost to Bloomington North, 15-2.  The team was tied 2-2 after the first inning but fell short the other six.  Assistant head coach Mr. Mike Klopfenstein says that the wrong team showed up last night.

“Mr. Hyde, the team we don’t like, showed up last night,” Klopfenstein said.  “We’ve proven (all season) that with the right approach we can compete with other teams. But when we don’t, we lose to teams that, we believe, we should be able to compete with.”

Klopfenstein says that the team scratched their way back into the game with the tying two runs in the first inning, but didn’t buckle down to stay with Bloomington North.  He says that, like many other games, the team has gotten down and have let themselves deflate.  Another thing that Klopfenstein believes affected the team’s performance was the absence of head coach Mr. Scott Whitlock.

“He’s the man that runs the show,” Klopfenstein said.  “We are definitely at a disadvantage when he isn’t there.  But at the same time it’s late in the season and we know what we need to do.  We know what works and what doesn’t.  It’s frustrating knowing what works and having a team that can bring it, (but not all the time).”