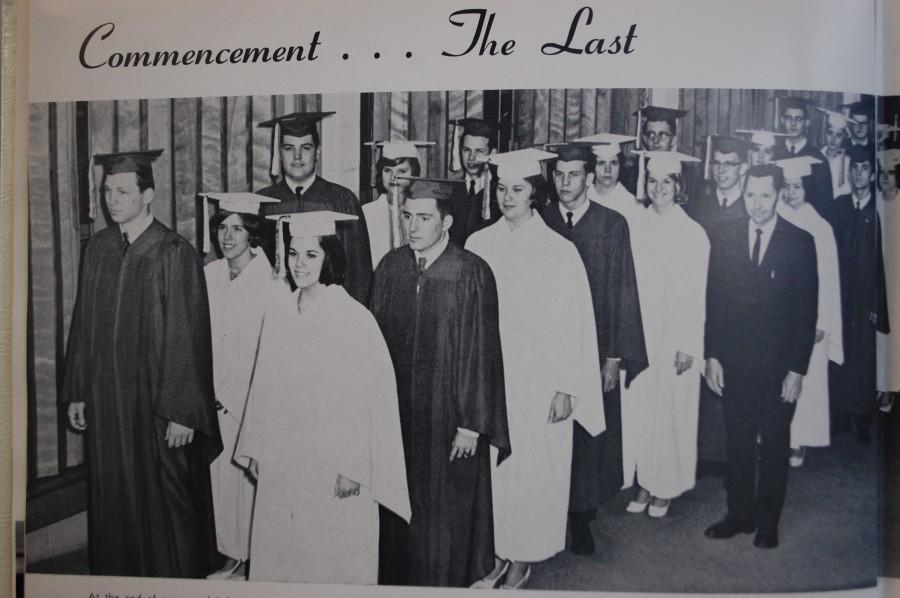 Photo contributed by the IMC

Graduates of the class of 1965 stand wearing their caps and gowns awaiting their turn to receive their diplomas.

As the children born in 1946 through 1956 went up their stages in their educational life, the schools of Perry Township had to accommodate to fit more than 700 people in each grade level. This included SHS, who was the only high school in Perry Township in those times.

“The ‘Baby Boomers’ everywhere challenged school districts to find room for all the children,” wrote Ms. Gwen Freeman, Reunion Chair and class of 1965 graduate, in an email to The Journal.

“It was the end of the ‘Baby Boomers’ a 25 year time period where there were nearly twice as many babies born per family than the next 25 years,”  Jay Danner said.

“By the time our class was graduating, the Perry school board started planning Perry Meridian Middle and then Perry Meridian High School,” Freeman wrote.

In the 60s, SHS had a growing population of 3,000 students and even though the school board had a another wing built to accommodate the growing population, after the class of 1965 they still needed more room, according to Freeman.

It took five years to fund, design, and build Perry Meridian High School. Having it open for students to attend in 1974 after all of the “Baby Boomers” left high school, according to Danner.

When Perry Meridian High School was built, only freshman, sophomores and juniors attended the school. This left all seniors in Perry Township to attend SHS.

As the number of students in Perry Township continues to grow, the school board is always looking for new ways to accommodate the future growth just like they did back then, according to Freeman.