Volleyball looks to advance in county 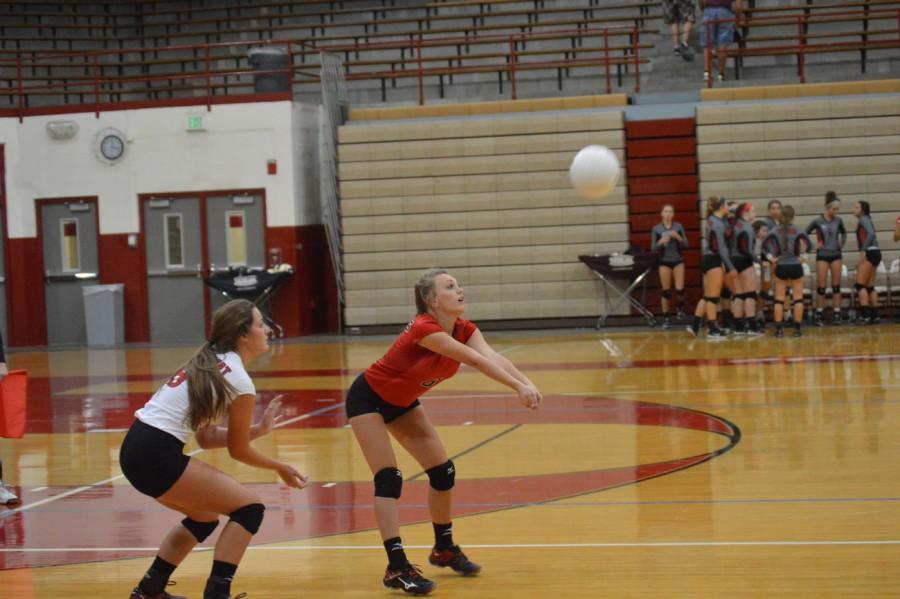 The 6-15 SHS girls volleyball team will be playing the number one team in the conference, the Roncalli Rebels, in the county invitational match held at Roncalli High School this Wednesday at 5:30 p.m.

The last time they met, Southport was swept in a 3-0 match, losing each set by at least 11 points.

“We played Roncalli in the past, and we played their summer league team over the summer, so we kind of know what we are up against,” senior Britton Whitlock said. “So our team mindset is pretty much eliminate our errors, and to make sure we are able to adjust to anything they throw at us and making sure that we are just as ready as we can be.”

Whitlock also believes that they need to put more focus into defensive blocking, getting touches on their hits, and that they need to seize the good opportunities to be able to score. They also need to start hit the ball with more precise placement instead of just swinging away and hitting it hard.