Counting down the 5 biggest SHS stories of 2015: 1 Riley Dance Marathon

From the field to the court to the kids and more, these are the stories The Journal deemed most memorable of 2015 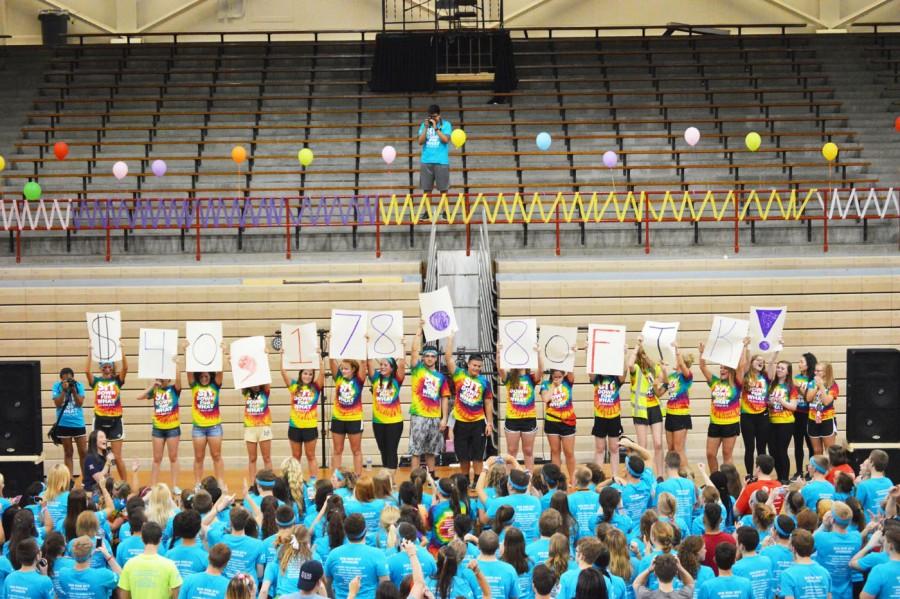 Participants of the 2015 Riley Dance Marathon hold up signs representing the total amount of money that was raised for Riley Children's Hospital throughout the 2014-2015 school year.

“My favorite part about it was that they tricked us with the total,” former co-president of Riley Dance Marathon and SHS graduate Tori Updike said. “We really wanted to break $30 thousand, so they put up $30 thousand when we really raised $40 thousand. They surprised us and it was the best moment.”

On April 17, 2015 Riley Dance Marathon raised $40,178.80. Not only did this beat the original goal of  $30 thousand, but it also beat the all time school record of money raised for Riley Children’s Hospital.

Updike, who is now a participant at IUDM, says it was an amazing experience that she was proud to be a part of.

“It really gives you a sense of community,” Updike said. “It’s one of the only things you can do in high school that’s not for you at all. You’re giving a lot of yourself to other people. It feels really great to do that and I think that’s an opportunity that a lot of people don’t get.”

Danielle Keeler, former co-president of RDM, says that throughout her four years as a Cardinal, it was one of the most humbling experiences she had.

“It was fun always trying to see how many different fundraisers we could think of, but it was even better seeing how excited everyone was when they could raise money and do things for the benefit of the Riley kids,” Keeler said.

“I guess it was kind of the finale to four years of really hard work,” Updike said. “And what made it different the most was the we broke not only our record but the all-time school record for Southport..that was amazing.”