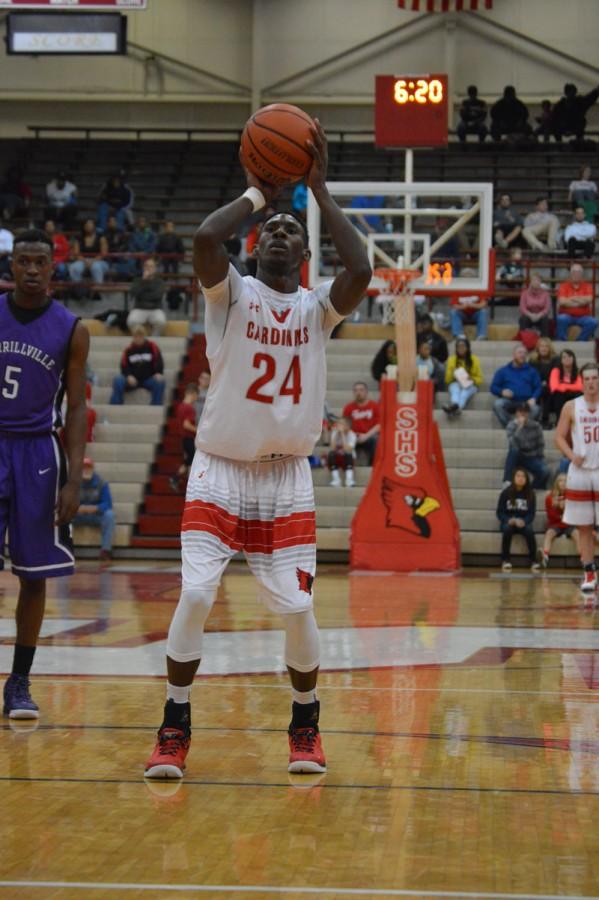 Playing a sport or being in a relationship requires effort, but being in both at the same time presents a whole new challenge, according to senior Brooke Lightfoot and her boyfriend senior Justin Herring.
Between Herring and Lightfoot, they are occupied with sports all year, yet they find time to be together and have held a relationship together since their freshman year.
“It can be difficult to see each other, but the fact that we both are still in this and giving an effort shows that we really do care for each other and are willing to work things out,” Lightfoot said.
Their relationship took even more effort when they were younger and could not drive. They would have to coordinate not only between themselves, but with one or two sets of parents. Herring says now that they can both drive, it is easier for them.
Herring and Lightfoot have had to learn to prioritize their time. While both agree that school comes first, they have to prioritize other friendships, athletics and their relationships. Since sports are important to both of them, they both put games and practices above spending time together. Also, since they both have friends, they want to do things with them too, but they also have to spend time with each other.
Sports take up a large portion of an athlete’s time, but so does school. Between the two Herring and Lightfoot have a hard time spending time together during the week. Usually they end up spending time together outside of school on the weekend. Even on the weekend they can be limited by their weekend games.
They have limited amount of time, but have adapted to their time constraints. According to Herring, it isn’t a necessity that they spend more than two or three hours together at a time.
“After three years you learn how to cope with (the limited time), and to manage our time, and two to three hours is good enough for us,” Herring said.
While Lightfoot and Herring struggle to spend time together during the week, senior Lexie VanBaale and her boyfriend senior Eli Walton still manage to spend time together during the week. Since VanBaale isn’t currently in season, she waits until Walton is out of practice to spend time together.
VanBaale also believes that being in a relationship has helped their athletics. She feels that if either of them is having issues at practice or in games they can talk about it and try to work it out. Doing this relieves stress and helps their performance in practice and in games.
“We both can relate if practices are hard, or if we are having a tough time or if we are having any difficulties we can help each other get through them,” VanBaale said.
Sports have helped them keep their relationship healthy, but it also helped build it. When they first started seeing each other, VanBaale says that sports were a bonding point for them. Since VanBaale used to play basketball and Walton still does, they are able to relate over it. They could also understand the difficulty of practice and games. Even though they met through school, sports helped create their relationship.