Wrestlers move on to Semi-State 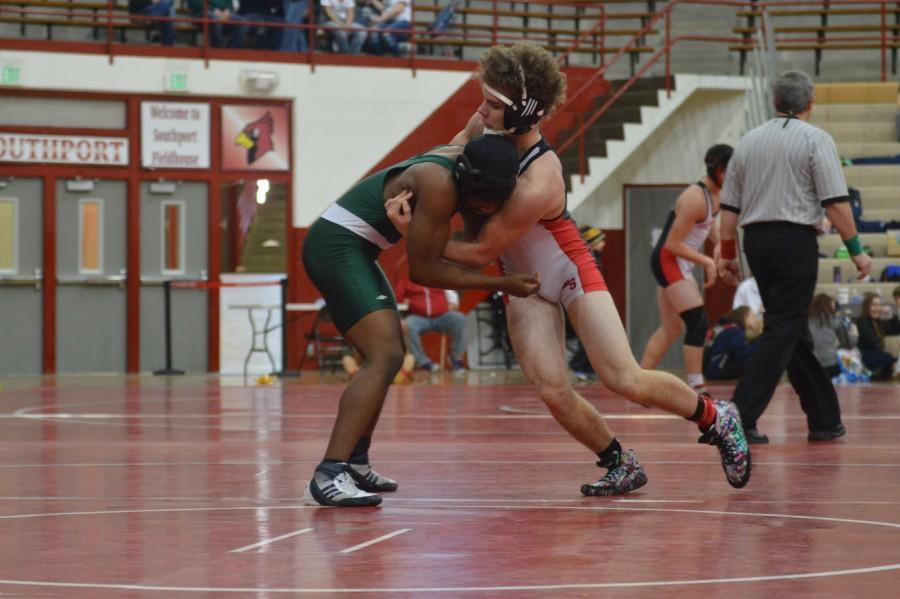 Freshman Chad Rothwell (162) attempts to take down his opponent during the Sectional meet. Rothwell and junior Brett Wright are SHS' only wrestlers in the Semi-State meet.

The SHS wrestling team will have two wrestlers compete in the Semi-State tomorrow at New Castle. Junior Brett Wright (152) and freshman Chad Rothwell (162) both qualified for the Semi-State meet after getting 4th in their regional weight classes.

According to Coach Holden both wrestlers need to stick with what they know and they will be fine.

“ We just want them to go out and wrestle, don’t change anything because it’s a ‘big’ match.  Both Brett and Chad are good wrestlers, that is why they have made it this far,” Holden said.

Wright says that the key to being successful is to wrestle smart and prepare for the match.

“Just go in there and wrestle sound, and don’t go for anything stupid. If you work hard in the practice room, the mental part takes care of itself. You (have too) work hard all week going into your match knowing you’ve done everything you can to prepare for this match,” said Wright.