Card looks to step out of the shadow of his brother 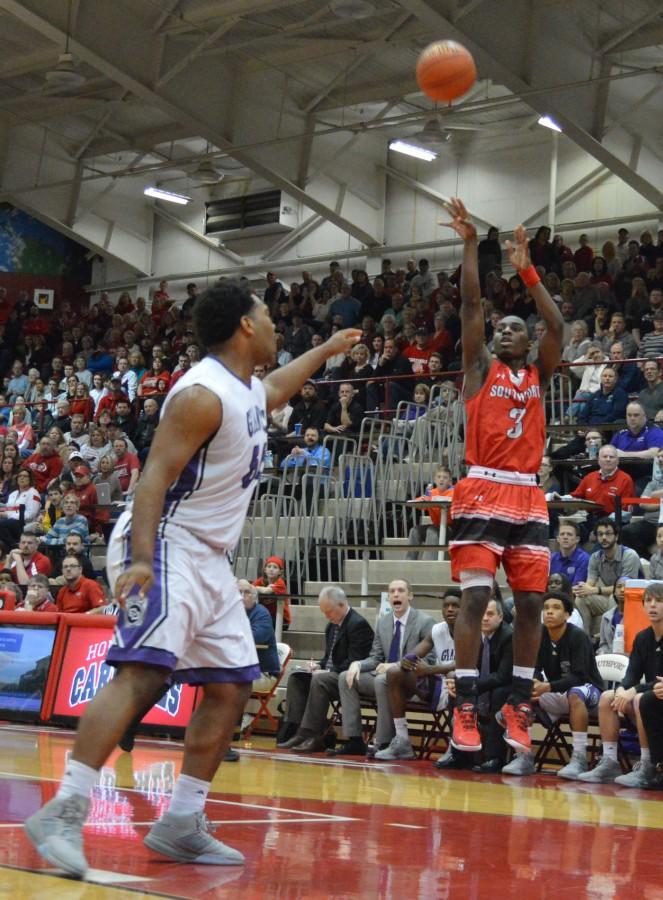 Freshman harold Bennet shoots against a Ben Davis defender in the sectional championship game on March 5. Bennett has scored 143 points in 22 games this season.

Former SHS student Malik Bennett came to Southport not knowing that much about basketball, but with the help of varsity head coach Kyle Simpson and others he became a very memorable player here at SHS. Now, his younger brother, freshman Harold Bennett, is hoping to make the same impact on the team as his brother did.

Simpson said that Bennett was coming in as a shadow of his brother. He had to learn things and had to be reminded that he doesn’t know everything. Simpson told him that these teams were bigger, stronger and he would have to adjust to it.

“As days have gone by, as practices have gone by, he has really done a nice job understanding what it takes to be a basketball player at the varsity level,” Simpson said.

People might think Bennett and Malik would be similar on the court because of the family ties, but Simpson and Bennett say the brothers are two different people and players. Bennett is quiet and shy, but Simpson says Malik will speak his mind.

“We are totally different,” Bennett said. “We are just two different players.”