No way is the right way 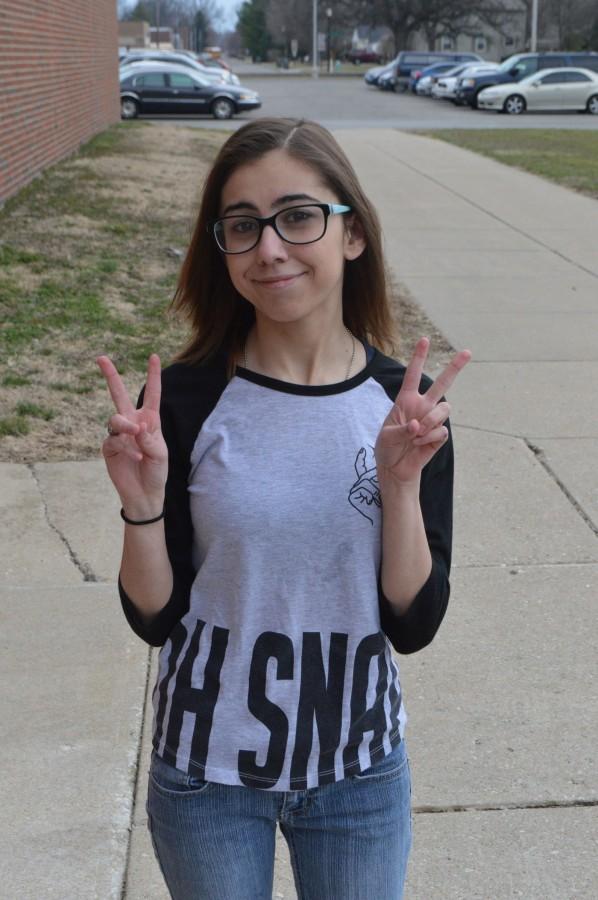 Growing up I always heard about the perfect body. Most of the time it was from tv shows or the toys I played with. Having those influences at the time made me believe that I had to be just like characters on the show or the toys that were around me. They were all pretty, skinny and in some ways perfect. But growing older I realized I wasn’t going to be perfect, and I didn’t want to be. I wanted to be my own person and not just another clone to society.

Back then, there wasn’t really anyone to teach you that you didn’t have to be “Barbie built” to be perfect, and that brought problems to girls who were invested into becoming perfect. Yes, I know that was a long time ago, but the idea of having the perfect body for both girls and guys is still around today. They have just resurfaced in ways that us as teens understand more. Whether it’s through a netflix series, regular tv shows or even the biggie, social media.

I personally am a big social media hound. I love going online and sharing photos from my day with friends or even myself.  Of course, I didn’t ever think of myself being paranoid about my body image until I sat down and thought about the ways body image had squeezed itself back into our teenage minds. I mean, we all do it but you may not notice, I know I didn’t. Those multiple selfies you take until you find the perfect one, the way you stand in the light because that’s where you look the best, the final filters and edits you make before you finally post it. Photo editing makes it easy to hide your flaws, and seems to make the impression that everyone is perfect 100 percent of the time. But of course, you always have the idea in the back of your head saying “I don’t actually look like this in person.” The idea of making the edits is changing the way we look, maybe someone looks better in the black and white filter because color brings out that one flaw they don’t want anyone to know about.  The possibility of social media being a cause of body image problems is high, with the “tbh” and the “rates” that most teens like and post. It seems that our peers have one of the biggest influences on our opinions of ourselves.

The online world is full of want; I want to look like that, I want that summer body that everyone talks about, I want someone to tell me that I look amazing in my last picture, I want to be someone’s wcw or mcm.  We want feedback and opinions of ourselves because we want to be accepted by our friends and by our society. Girls want the flat stomachs and bikini ready bodies while the guys want the 6 pack abs and strong arms. That’s what we see around us, from models to actors to old influences. We form this idea in our heads that we need to be someone we aren’t otherwise people won’t like us, which is honestly, horrible.

Most people our age remember the tv show ‘That’s So Raven,’ and I don’t know if you remember the episode ‘That’s So NOT Raven,’ where Raven had been modeling her own clothing line for a magazine, and when the magazine came out Raven was on the cover. But it wasn’t really her, well it was, but it wasn’t. The magazine had photoshopped Raven’s body into a thinner version of herself, they had changed her because they believed that there was only one look a model could have. This tv episode from 2004 has stuck with me all the way to now. After all these years I still remember Raven standing up for herself about how she looks and that she was proud of what she looked like. That’s what I remember, one tv show about how someone should be proud of what they looked like. The idea of this  episode coming and firing shots at people who body shame others, is brave. Though we have to remember body shaming doesn’t just happen to people who are a little bit bigger, it also happens to people how are small, tall and short.  If one kids show from 2004 can make such an impact, image what more than one person could do by spreading a positive message.

It’s really easy to be positive towards this, for example, whenever I am on social media and someone I know post a picture of themselves, I always try to comment. Whether it is just “this is so pretty” or “you’re gorgeous” I hope it makes at least a little bit of an impact on their day. I have started to find that the people’s photos I have once commented on are coming and leaving the same comments on my photos. Personally, this makes my day. By spreading the love using complements they always seem to come back. Now, can you imagine if everyone started to make the same small comments? We would be in a healthy direction of supporting one another and ending the idea of the “perfect Barbie body” or the “perfect Ken body.” Because everyone is perfect in their own way, not the the same old clone way.