Reminder to staff: Keep your opinion out of it

SHS teachers weigh in on decision made by administration 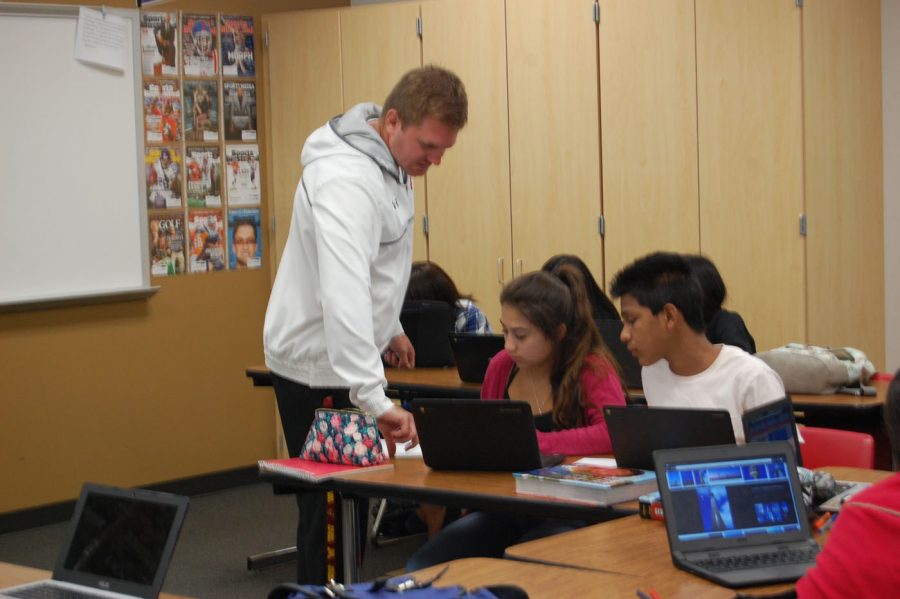 Last month, an email was sent out to all teachers on staff by SHS assistant principal AJ Martzall involving teachers and their influence over students.
In the email, Martzall reminded teachers that they should not express their political opinions to students nor give their opinion on what it is specifically that students are talking about.
According to Martzall, this email was mainly sent because of the election year and the candidates. Martzall believes that the presidential candidates are a hot topic at SHS. He wants to ensure that teachers fulfill their duties as a teacher which does not include influencing students’ political views.
“We can’t sway you one way or the other,” Martzall said. “It’s our job to provide you with information necessary so you can be an informed citizen and make your own opinion.”
Another concern that had sparked Martzall’s sudden interest with teachers and politics was that some students came to him saying certain staff members were talking about politics. They asked if it was okay to listen and pay attention to what teachers were saying and if they should apply the teacher’s beliefs and opinions to their own beliefs and opinions.
On one end of the spectrum, SHS Social Studies teacher, Anthony Braun, agrees with the email. Every year, Braun makes his students debate hot political topics. Braun feels the email is especially important because of how influential teachers can be over students because students look for guidance from teachers.
“I think teachers have the ability to influence student’s…beliefs,” Braun said. “It’s not up to me to try to get a student to switch their beliefs.”
Braun says if a student wanted to talk to him about politics, or even religion or their own personal life problems, he would be happy to do so. He would only try to influence the student based on what he can prove, though.
On the opposite end of the spectrum, English teacher Erin Ancelet doesn’t see harm in teachers stating what they believe. She does, however, believe there is a certain way to go about it.
“I don’t think there is too much harm in teachers just giving an opinion,” Ancelet said. “But there’s definitely a difference between inserting their opinion and preaching.”
Ancelet says students have a limit to what they can say as much as teachers. She says that it’s okay for them to talk about politics, but it stops the second students begin insulting each other for opposing beliefs.
Also agreeing with Ancelet is math teacher Ethan Coffman who believes teachers should have be able to give an opinion on politics and also thinks there is a certain way to go about it.
“We believe in what we believe,” Coffman said. “As a mentor and as a teacher, I need to encourage that discussion once the school day is over.”
Like Braun, Coffman also says that if a student wants to talk politics or religion or a student’s personal problems, he would happy to do so. Unlike Braun, Coffman said he would use experiences from his own life to try to guide a student through whatever questions they have.
SHS Senior Hunter Taylor, does not think the email was a good idea and limits teachers.
“I think that it would be nice to hear an adult’s opinion,” Taylor said. “They usually don’t try to sway your opinion they just want to tell you how they feel.”