Off and Running with Mark Carlson 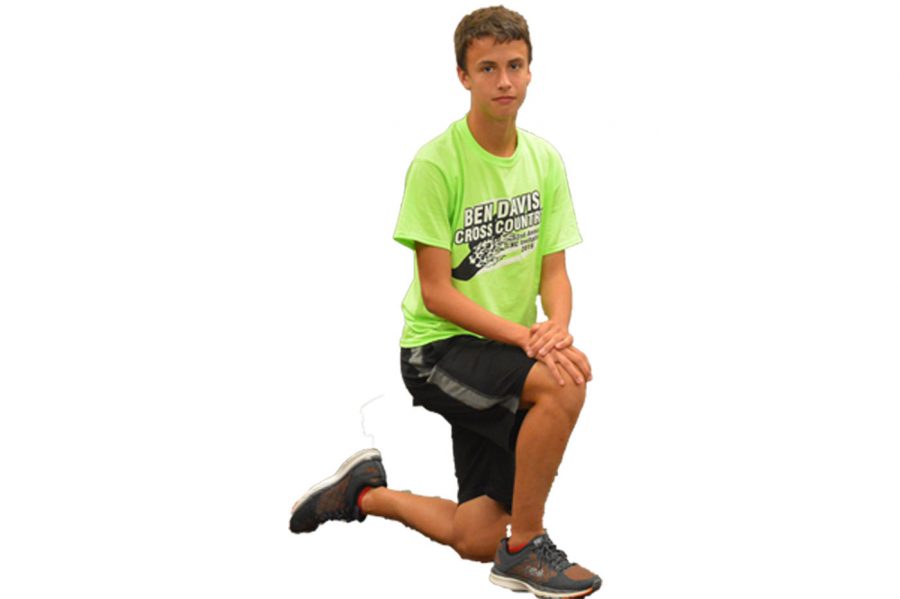 Breaking news! A man sits down.

Really though, that’s what is dominating our news. 49ers quarterback Colin Kaepernick decided to take a knee during the national anthem during a game on Aug. 26 and on Sep. 8 it was still on national tv news. Don’t we have better things to focus our news on? We could talk about a possible third presidential candidate or about the crisis in the Middle East, or even what Kaepernick wants us to talk about, racial injustice in the US. But no, we spend time talking about how he is a traitor and deserves to be tried for treason for exercising his first amendment right. Insert “Confused Travolta” gif here.

Just to set the groundwork right off the bat, this is not about whether what he did was right or wrong. Legally, he has the right to as “Congress shall make no law… abridging the freedom of speech,” which includes the right to expression. What I do care about is that Kaepernick’s political expression has been blown way out of proportion by mainstream news organizations.

Kaepernick sat down during the national anthem during a NFL preseason game because he won’t stand and honor a nation that still has racial injustice in it so prevalently according to Kaepernick. It was a very effective way to send the message, but people took his actions at surface level and made the story about him and not the message he was trying to send. He even tried to make that known when he changed from sitting to kneeling to show respect to our armed forces. But people still take his message the wrong way.

Kaepernick was trying to send the message that while we call the US the “Land of the Free,” there is still injustice being done to minorities. In about five minutes of google searching I found that african americans make three-fourths of what caucasians make and that while 38 percent of the prison population is african american, only 12.3 percent of the US population is african american. Interpret this however you please, but this is what Kaepernick is trying to show the US.  He is throwing up a spotlight on this topic and we are looking at him, the guy holding the spotlight, and not what is being illuminated.

Racial injustice is not the only topic that just gets pushed off to the side so that other catchy topics can take up the front page news. There are humanitarian atrocities, such as dumping battery acid on people, being committed across the Middle East by ISIS and other radical groups. Many large businesses and their owners are avoiding paying taxes and about 17 percent of women experience some sort of sexual violence.

These are topics that need to be investigated and reported on to bring light to dark areas. These are also the topics that Kaepernick wanted to attract people to. This kind of journalism is what needs to be on the front pages of our news site. We do not need more news about Hillary’s email server (unless it is actually news, @FOXNEWS), Ryan Lochte scandal stuff and certainly not about how some guy chooses to use his legs. Coverage of this doesn’t bring about change.

Bigger picture coverage does bring about change. During the civil rights movement, the media was very important in getting the average american to support an end to segregation. By showing what african americans went through on their struggle, people who normally wouldn’t have batted an eye flocked to participate in freedom marches and sit-ins. During the Vietnam War, the media was what turned public interest against the war by showing how the war was unwinnable and american troops were dying for nothing except a plot of land. The media shaped these historical events by covering them and not how some hippie smoked his dope while dancing to protest. They focused on the bigger picture and brought about change because of it.