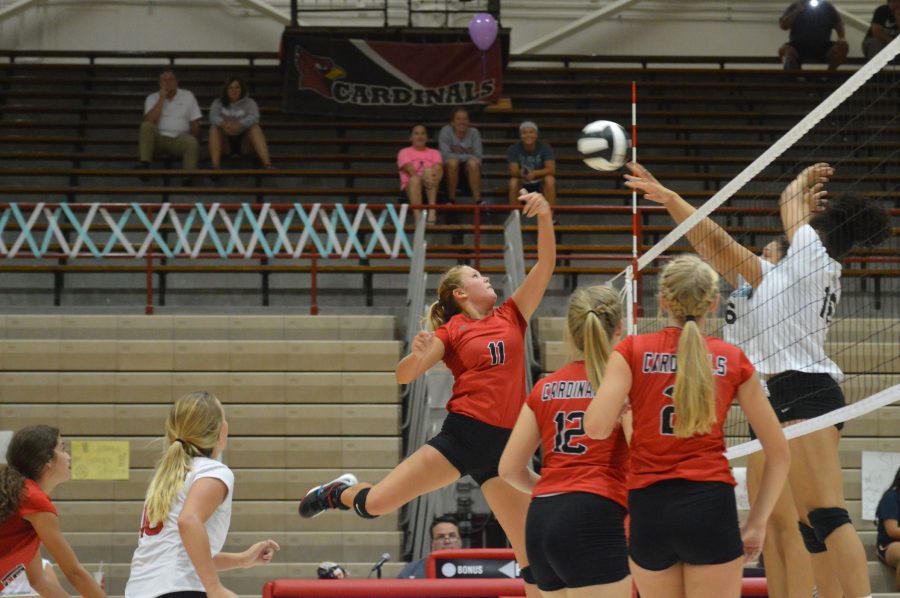 Junior Tiana Wright tips the ball over the net during the game against Perry Meridian. The Cards lost the game 3 sets to 0.

It was the battle of the birds for girls volleyball at SHS on Tuesday, Sept. 13. JV won while Varsity took a loss against their rivals, the Perry Meridian Falcons.

“Overall I thought the game was a lot better. There was a lot of energy, and a lot more positive attitudes,“ Coach Chelsea Brothers said.

The girls were more nervous for this game. With the amount of people in attendance, and it being a rivalry game, the girls thought there was added pressure.

Despite the nerves, there was a lot of excitement coming from the student section, for both JV and Varsity. They gave it their all and took this loss as an opportunity to improve by learning from their mistakes.

“They are a good team, but we are getting better, so by next year we should be able to beat them,” Junior Maggie Davis said.