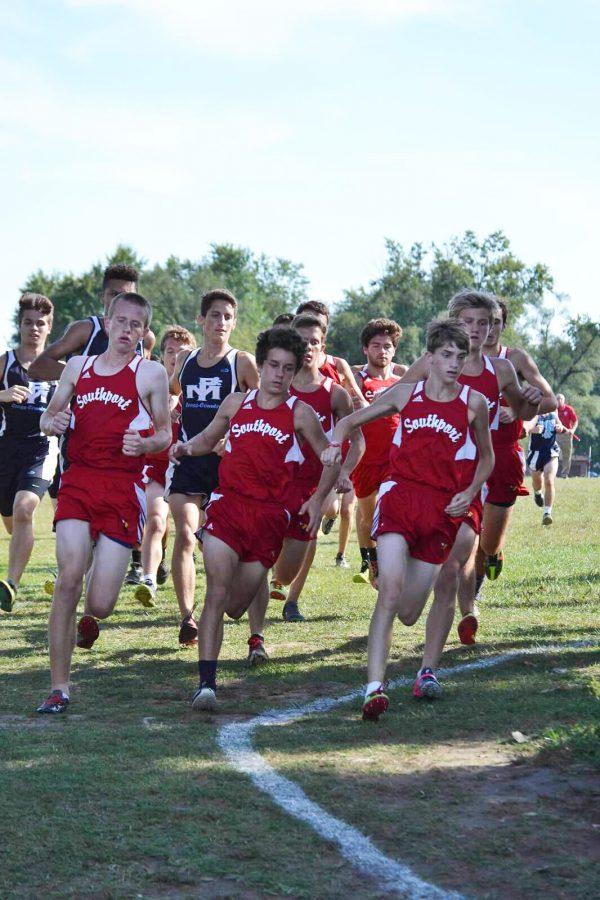 Last year, the boys cross country team squeaked through sectionals and regionals as the fifth and final team to advance. This year, they hope to compete for a top position, according to senior Max Garrett.

“We are one of the top-tier teams there,” Garrett said. “We are going to set one in sectional.”

The cross country teams are heading to the sectional race tomorrow. They are carrying a lot of momentum with them as they have been doing very well so far this season. They have won two invitational races, which were the Richmond Invitational on Aug. 20 and the Flashrock Invitational on Sept. 17. They also ran their best team time in the last two and a half seasons at the Shelbyville Invitational.

“Our goal is to qualify for semi-state and compete much better than we did in 2015,” coach Herman Bueno said.

However, according to Bueno, there are no special practices for the sectional race.

“We will not back off of our routine much until right before regional competition,” Bueno said.

SHS junior Michael Crook says that they are just working hard for the sectional race. In daily practice, Crook is trying to lead his team to be able to compete against the best runners in most races.

“They (are) expecting me to try go out and get in front of (as)many people from the other teams as possible,” Crook said.

He also says that they aren’t backing off of their training at all for sectionals. They plan to train through sectionals and regionals to focus on performing well at the semi-state competition according to Bueno. The team keeps practicing for the sectional and they are confident they will perform well. The sectional race will be held tomorrow at 9 a.m. at Franklin Community High School. The regional competition will be on Oct. 15, and semi-state will be on Oct. 22. Both are at Shelbyville High School.