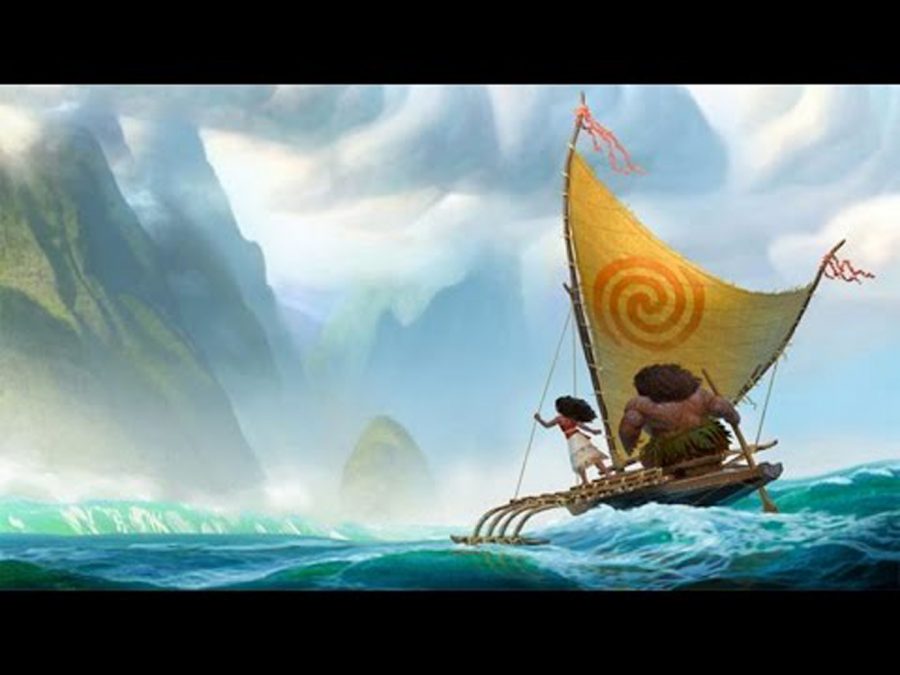 The newest addition to the Disney collection is quite different from its predecessors. It’s also quite possibly the most controversial in terms of title pronunciation since “Maleficent” and “Peregrine” from “Miss Peregrine’s Home for Peculiar Children.” “Moana” (pronounced “mo-ah-na”) navigated its way into theaters and hearts on November 23 and has made quite a splash since its release. Even two weeks after its release, “Moana” still had theaters filled above 90 percent.

Set in Ancient Polynesia, the movie begins with the oration of a legend. This legend tells how the Heart of the goddess “Te Fiti,” which gives the beholder the power of creation, was stolen by the demigod Maui (played by Dwayne “The Rock” Johnson). Other powerful creatures fought Maui for the Heart, and Maui lost both the Heart and his magical fish hook to the ocean in his defeat. The legend then says that without the Heart, a darkness spread, gradually take over the islands and and cause widespread death among the crops and other vegetation. Only one thing can return the heart and save the islands, and that is the one person whom the ocean chooses.

The story focuses on islander Moana (played by newcomer Auli’i Cravalho) as she finds her true self and saves her people. But first, she must face the struggle of choosing to stay and be a leader to her island people as her family has taught her to do, or to follow her heart and answer the call of the sea. With the help and guidance of the village crazy lady, her Gramma Tala (who is basically the Polynesian version of the grandmother in “Mulan”), Moana heads out in search of Maui to get him to restore the Heart to Te Fiti. Together, Maui, Moana and the stowaway chicken Heihei fight rabid coconut pirates, an egotistical crab obsessed with making himself shiny and a misunderstood lava demon to restore the hHeart to its rightful place.

“Moana” stands out from other Disney films because the main character isn’t really a princess and there’s no romance plot playing out throughout the film either. But never fear, parts like loveable animal sidekicks and catchy songs remain. What’s not to love about an adorable pig named Pua (whose name actually means “pig”) and an insanely unintelligent chicken? What’s not to love? Not to mention a quite catchy song titled “Shiny” sung by the aforementioned crab.

While “Moana” may have made it on Rankings.com’s “Top Ten Highest Grossing Animated Disney Movies”, it can certainly hold its own. Overall, I would say “Moana” is a four out of five  star show. This film will make you laugh and possibly even cry as you voyage the high seas with Moana and her friends to save her home. It might even spark an inspiration to find out who you really are. So follow the stars and navigate the seven seas to find your way to a theater near you.