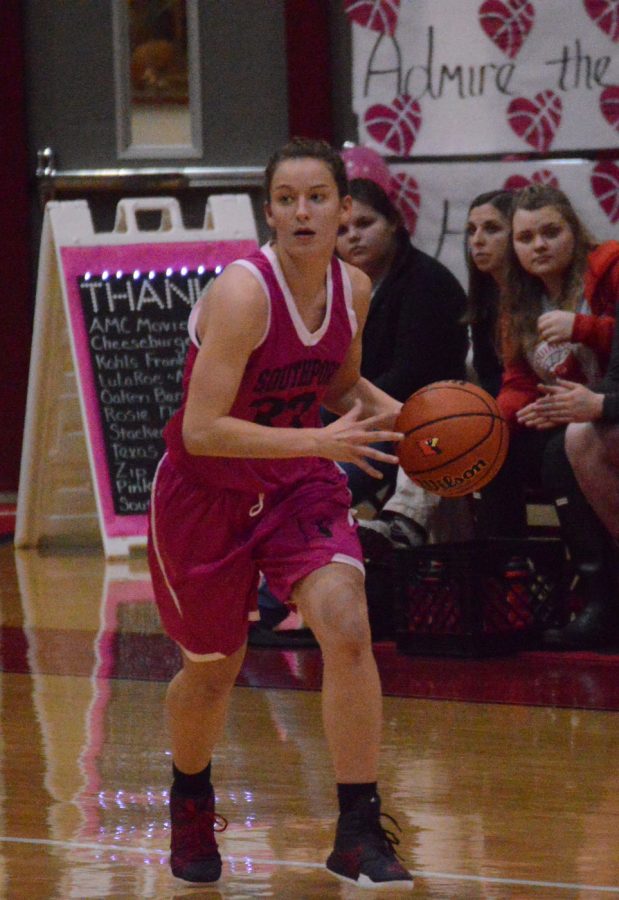 Senior Emma DeHart looks to pass during the second quarter. She finished the game with 21 points

The Lady Cards, dressed in their pink and black uniforms, played with defensive pressure as well as handled it. Greenwood came out in the first quarter in a full court press and stayed in that press for most of the game, but SHS handled the pressure well and finished the game with a 56-39 win.

“I think that our defensive pressure was really effective, and actually running the plays all the way through helped us get past their defense,” senior Emma Dehart said.

Head coach Bart Collins said the team did not get to prepare for the game against Greenwood because they were getting ready in practice for a game that was supposed to be on Saturday, Jan. 14 against Terre Haute South, but ended up getting canceled.

Despite not preparing for the full-court press that Greenwood brought, Collins thought that the Lady Cards did a good job of adjusting and beating the traps.

“We see presses all the time… I think we’re getting better at handling it,” Collins said.

The top scorers for SHS were Jaelencia Williams and DeHart, both with 21 points.