The F8 of the Furious 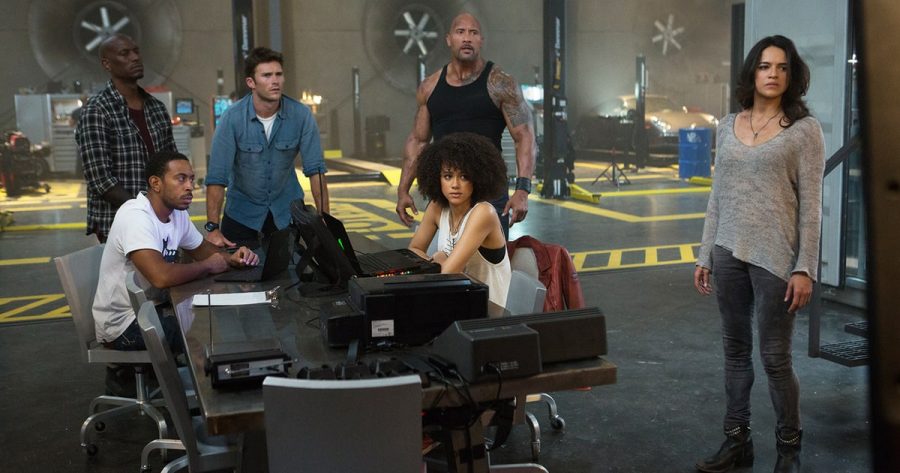 Free use photo from Google

The Fate of the Furious, the 8th movie of the series, came out April 14. The cast is the same as before, with a new addition, Scott Eastwood.

When main character Brian (Paul Walker) died in a car accident in the middle of shooting the 7th movie of the series, the Fast and Furious movies did not come to an end. I think that when people found out there would be an 8th movie added to the series, “The Fate of the Furious,” they went into it thinking it would be a disappointment, considering one of the main characters could not be in it anymore. To me, it was one of the best movies in the series. I believe that without Paul Walker, they did not just improvise. They were still able to make a fantastic movie that had fans cheering in the theater at the end of the movie.

From biting my nails to sitting on the edge of my seat, this movie was not predictable at all. We all know movies where we can already guess the plot and the ending, such as “The Hangover” or “Taken.” But, this movie took a different turn when another main character, Dom (Vin Diesel) turned his back on his family. In all of the movies prior to this one, Dom’s character is all about family and having each other’s backs, so it came as a surprise when he was no longer on the same team as his family.

This action filled movie somehow still brought tears to my eyes by the end. The movie gives off so many different feelings and emotions and so many surprises. While some of the events were a little too unrealistic such as one of the good guys fighting off bad guys with a baby in his hand or someone moving a missile with his own bare hands, it can still bring a thrill to the audience.

While I enjoyed the whole movie, some events were unclear and some of my answers went unanswered such as what the villain of the movie was even trying to do, and why it was such a threat to the FBI, who gave 2 criminals a “get out of jail” free card.