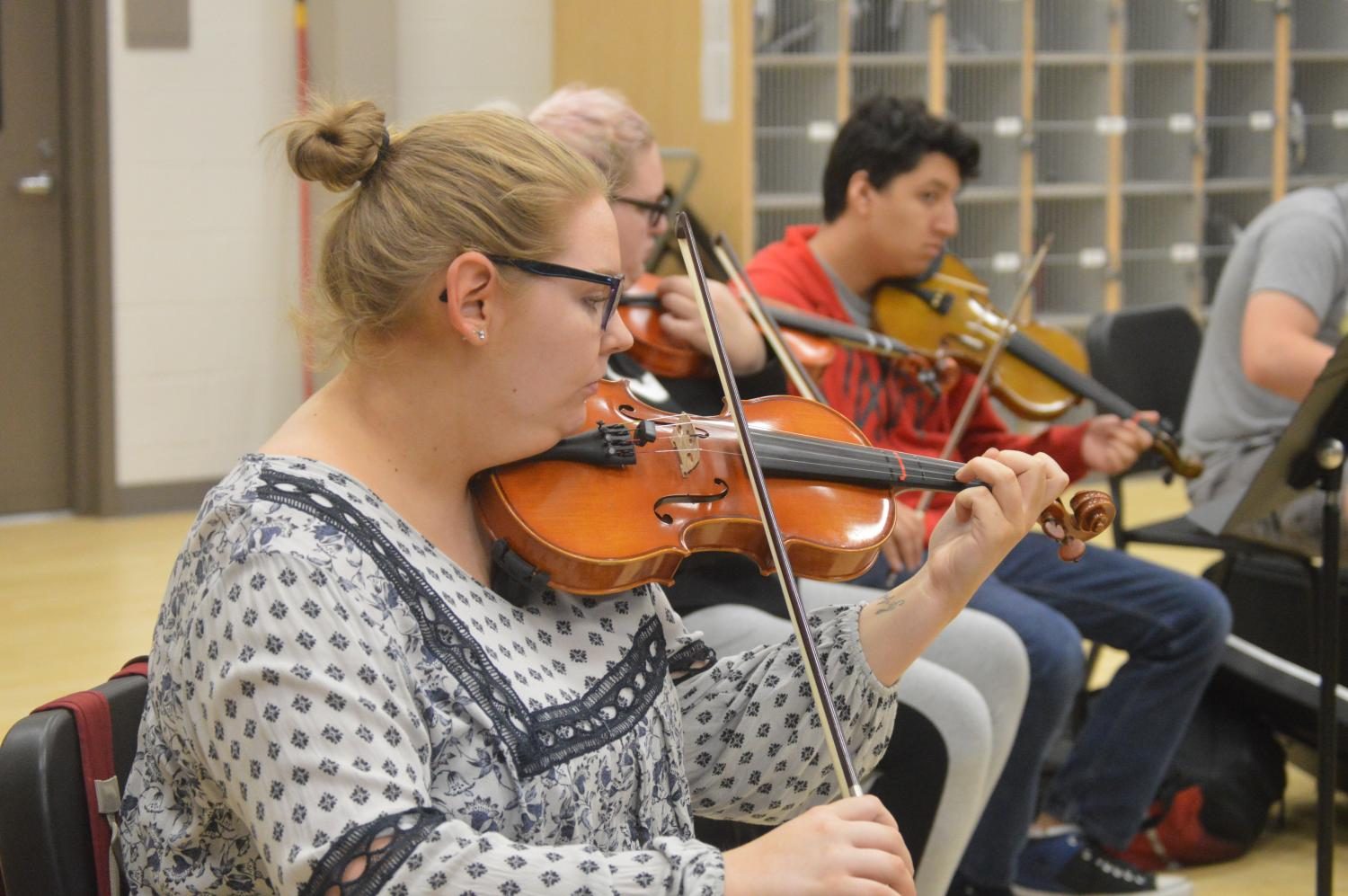 The music department is a unique and historical part of Southport. The final concert of the year, Extravaganza, has been around for many years. Students from each advanced class – band, choir, and orchestra, all come to perform together at the end of the year finale. There is a lot of effort, planning, and money put into this final performance.

According to Ms. Katherine Doty, director of choirs, she has been planning since the beginning of the second semester for the event. Not only do the directors plan performing the music, but they also have to plan for transitions between performances. This year, the choir is stepping up their game – literally. The group plans to add risers onto the stage for the first time to sing their solo and combined numbers.

The performance does not only challenge the musicians’ skills, but it is also an emotional challenge.   They are performing together for the last time.

There are many other aspects of Extravaganza that may not be visible to the audience. Behind the scenes, theatre members work hard to make sure everything runs smoothly.

“The challenge of Extravaganza is trying to fit everyone on the stage. For twenty or so years, the choir has been forced to be in the pit when vocals should be on the stage. The challenge this year, when finally putting them on stage, is how to do the movement of all of the groups,” Mrs. Whitlock, theatre director, said.

This concert is a unique experience for the audience members, as there are costumes and entertaining segments between the music. Even though this experience is quite enjoyable, both Whitlock and Doty agree that neither of them would prefer to be in the audience. Having kids on stage without a director is very stressful, and they both enjoy the element of control they have backstage. In all of her years, Whitlock has never seen a Southport production from an audience perspective. If she wants to watch a performance, however, there are always recordings available. Whitlock says that someday she may try being in the audience, but definitely not anytime soon.

Even through all of these challenges, the music department is expected to put on an amazing show to highlight the talents of SHS musicians.

“It (Extravaganza) brings everyone together for one big performance at the end of the year, which is cool,” music department chair, Mr. Copeland said.

Extravaganza is a great opportunity to see all the groups perform.   Great music, costuming, and fun await you at this event!