Ashcraft wants to make a difference with his new position 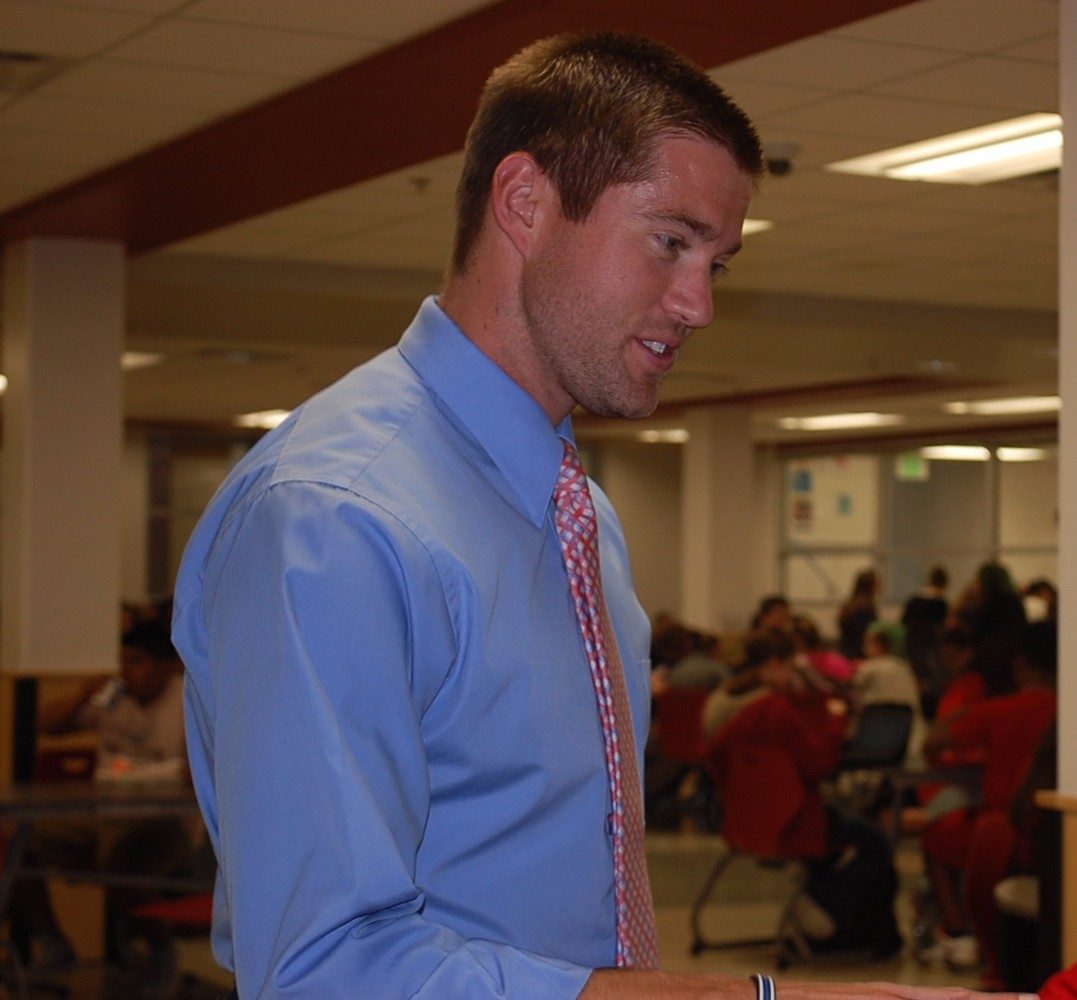 Amidst the buzz of students, teachers and administrators entering and leaving the main office, new SHS assistant principal Andrew Ashcraft sat at his desk and smiled.

“The school itself is beautiful,” Ashcraft said. “…It’s just appealing to come out and walk in the halls and go, ‘Man, I’m lucky I’m here.’”

Due to the fact that his role as assistant principal took effect in July, Ashcraft says there are still parts to get used to, like the high school dress code and students leaving the school for C9 and unassigned study hall. His favorite part of the position is getting to know the teachers at SHS, who “exponentially” increase the impact he can have on students.

“We have a lot of great teachers,” Ashcraft said. “I think one of my favorite things is getting to see that.”

He had experience working with teachers at SMS as a dean for three years, serving as a “go-between,” or mediator, for parents, students and teachers, but his focus was mostly on the students.

Those in the junior through freshman classes could be familiar with Ashcraft, as he worked with those classes when they attended SMS. Freshman Haley Strunk is one of those that remember him and says Ashcraft was very “kind-hearted” and helped her “through a lot” during her time at SMS.

“He knows how to get through to people,” Strunk said.

Principal Brian Knight, who served alongside Ashcraft at SMS two years ago, says he has a strong work ethic and offers a “fresh perspective.” According to Knight, qualities that make Ashcraft most effective as an assistant principal are his innovative thinking skills and new ideas. He said that his “willingness to question” what is already being done allows for added support to teachers, students and building safety.

“He’s a good person who’s willing to work through problems and give suggestions, not just stick to the status quo,” Knight said. “He helps us continue to try to push forward.”

For this year, Ashcraft says he plans to learn about his new position and see where he is most needed. His focus, for now, will be on helping students and teachers “pursue their excellence.”

“I just hope to make a difference,” Ashcraft said.