Beauty and the Beast costuming challenge 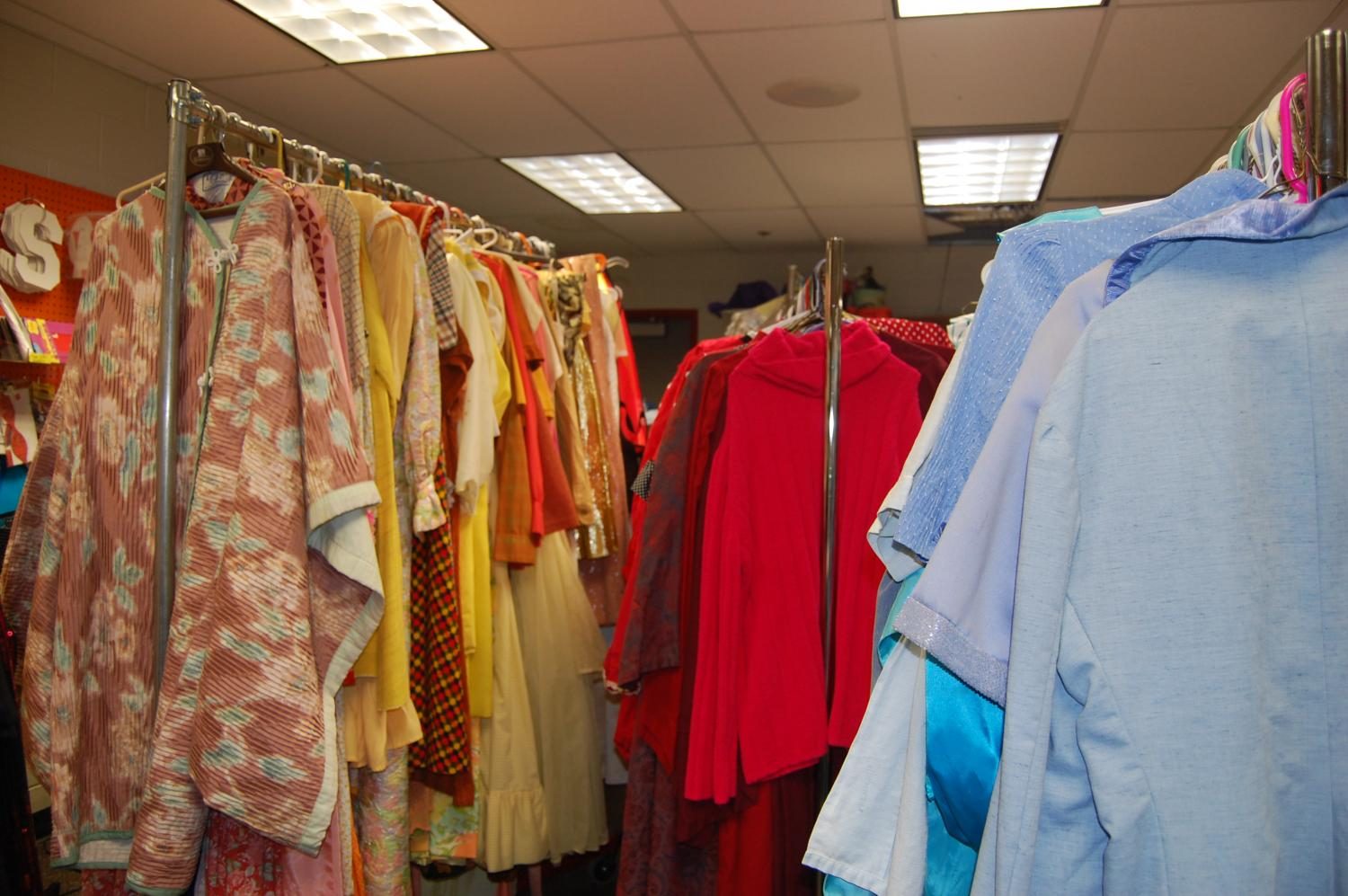 Inside Whitlock's green room, where all costumes are kept and performers change during the play.

This years musical, announced last May, will be none other than “Beauty and the Beast.” Compared to past musicals done at SHS, this particular production will require some extra work to make sure everything runs smoothly according to SHS theater teacher Barbara Whitlock.

The key challenge in Beauty and the Beast this year is the costuming.

“The costuming in (Beauty and the Beast) is literally part of the set,” Whitlock said. “It really does dictate what we do, because of the enormity of the costumes.”

Many costumes for this production are large, tall and crazy, according to Whitlock. Another problem is trying to get the microphones in the right position so the actors can sing and be heard behind all their costuming.

There will also be challenges behind the set this year, which will rotate. This rotating set will be required for scene and set changings, because the scenes are so complicated that the ease of a turntable is necessary to make the show flow better, according to Whitlock.

Whitlock, and choir teacher, Katherine Doty, went to New York for a broadway conference on how to make small budget productions, great. There, Whitlock and Doty got ideas on how to do just that as well as learning new ways to improve their productions, which will help them with their challenge of “Beauty and the Beast” this fall.