A home in ruins

Sitting in the middle of class on January 23,2019 , junior Matilda Omana received a life-changing call from her mother.

“He’s not our president anymore.” As soon as Omana processed what she had just heard, she immediately started bawling. The presidency of Nicolás Maduro had come to an end. This was the day she had been waiting years for.

The Venezuelan government has been struggling for years. Hugo Chavez’s creation of a new Constitution, the National Assembly, reshaped the government giving Chavez more power. Along with the new constitution, Chavez nationalized the private sector, meaning that the government becomes the owners of everything rather than the actual people that owned it.

After Chavez’s death in 2013, Nicolás Maduro became president. Both Chavez and Maduro have been stealing from the people of Venezuela. Venezuelans lack basic necessities like food or medicine. Water is being rationed and electricity being cut. The problems have continued to grow throughout Maduro’s presidency.

A new change has come to Venezuela, though. Juan Guaidó declared himself president after stating that Maduro’s re-election and presidency were illegitimate. Countries both support and oppose Guaidó taking over the power. Countries such as the U.S., Spain, the U.K., and others support his presidency while others such as China, Mexico and Russia do not.

The end of Maduro’s presidency was something Omana’s family has been hoping for years. Omana left Venezuela when she was 14 years old because it was too dangerous for her family to live there.

“My mom knew a lot of important people in Venezuela and they threatened her with killing us or doing something bad,” Omana said.

Omana is very passionate about Venezuela and believes that both Chavez and Maduro had a very negative impact on her country.

“We were a happy country and Venezuela was one of the most beautiful countries in the earth and I just want that back,” Omana said.

Through all the bad that has happened, Omana still has hope that Venezuela can return to what it once was and that the people have an ability to grow and make a change.

“I really hope that Venezuela has the opportunity to go back to their own country and just be what it was years ago before Chavez and Maduro,” Omana said.

Omana hopes that all the Venezuelan people will be able to have basic freedoms as well as be able to be to freely express themselves.

“I want people to feel free to be who they are and be someone in the future,” Omana said.

Through all of the difficult things Omana faced in Venezuela, she still hopes to return to Venezuela. Both Omana’s brother and grandma are still there and she wants to go back because she simply misses it. She misses her home and the U.S., to her, isn’t the same. She believes the cultures are different and she misses speaking her native language.

“I know that if I have the opportunity to go back, I will,” Omana said. 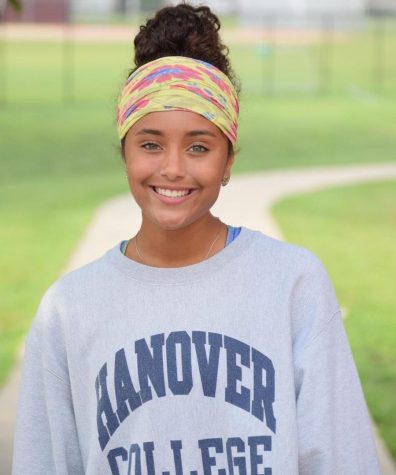 Hi, I’m Yasmin, an SHS senior and the Foreign Language Editor for The Journal. I play softball both for the school and a travel team. I also play the...