Chin students try to find a balance within cultures 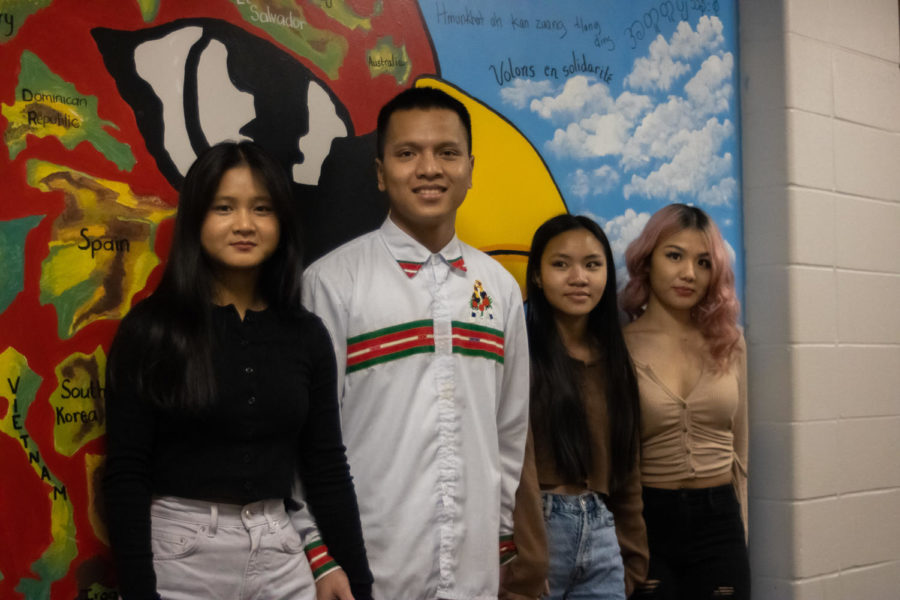 Beginning in the spring of 2008, an influx of Burmese refugees came to Perry Township. Since many students have grown up here for most of their life, many of them have integrated into American culture. The Chin community has majorly progressed in the Southside of Indy as well. They’ve introduced events such as Chin National Day and Myanmar Union Day, while also giving this community a taste of their culture with various Asian groceries and restaurants. Although much progress has been made, some Chin students at SHS feel that they’re losing touch with their heritage. After growing up in the American school system and participating in the culture, do Chin students still feel truly connected to theirs? The Journal has interviewed four Chin students at SHS to understand their experiences and viewpoints and to further expand on the importance of cultural roots, influences and identity.

There are various reasons why senior Khual Pi is grateful for the life he has today. The choices his parents have made  led to a broad range of opportunities offered in the U.S. But, there is one aspect in particular that truly inspires and humbles Pi. When his father was a teenager, he worked in illegal child labor factories. Without this sacrifice, Pi would not be living the life he has today.
“There wasn’t much work going around, and there was not really any way to support our lives,’’ Pi said.
When he came to the U.S. at age 5, Pi experienced major culture shock, such as the usage of eating utensils and water fountains.
Soon after he began school at Clinton Young Elementary, he felt accepted right away because of the diversity of the school. He was able to learn English quickly. Pi says it was due to the school being well equipped for his needs.
He is fluent in Zomi, but his younger siblings have a difficult time speaking it as clearly because they grew up in the U.S. He believes that it is important for Chin youth to speak their native language so they can communicate with elders.
Growing up, Pi has seen Chin students doing things that would not have been taken well by Chin society as a whole. He sees them integrating into the “negative side of American culture,” where he feels there’s more crime.
‘‘To see your kid just doing all that stuff with the opportunity you give them,” Pi said. “I feel like calling it a disappointment would be an understatement… I would say it’s catastrophic.”
Pi understands the opportunity that his parents provided for him and wants to utilize it by going further in life. He wants to pursue college and eventually get a steady job. It’s not something that he’s exactly eager to do, but he puts himself second in order to make them proud.
‘‘I want to pay my parents back for what they did for me,’’ Pi said.

A continuation of culture

Traditions stuck with freshman Lily Zing even as she arrived in Indiana and integrated into the American community. Whether it is through clothing or holidays, she finds a way to combine both cultures while not disconnecting from her own. She felt separated, at first, from the American students because she came from a third world country.
Zing did not want to feel as if she was falling behind, so she decided to put herself out of her comfort zone to talk to others.
‘‘In order to get along with people, you just need to understand your differences,’’ Zing said.
Because she arrived at a young age, she was able to learn English rapidly. She adapted to her new environment by styling herself with American clothing and expanding her knowledge on the English language by talking with American kids at her school.
Zing says that being in the U.S. for many years has made her forget many aspects of the Burmese language.
“It’s honestly disappointing because it’s not only me that’s losing it. It’s a lot of the Chin community,’’ Zing said.
Even though her parents are elated to see their children living happy lives in the U.S., they also do not want them to forget where they came from.
One way that Zing has been keeping in touch with her cultural traditions is through Christmas. She mentions that in Myanmar, villages would come together to celebrate this holiday.
Church has led to her being family oriented. Christianity is also a big part of the Chin community, so going to church with her family has strengthened her relationships with them. The teachings at her church are also in her native languages. She speaks three in total: Zophei, Hakha and Tinam.
The importance of knowing those languages is instilled in her.
‘‘I would never want to forget where we came from,” Zing said. “(My parents) want us to pass on our language and traditions onto future generations.”

A future that speaks

During her first year in the U.S., 7-year-old Mang Si struggled with the English language and did not fully understand school rules when she first arrived.
This resulted in disciplinary actions at school, such as minutes taken off her recess times.
‘‘I did not know what the teacher was saying,” Si said. “I would get in trouble not knowing why because I did not understand the language.’’ Now in her freshman year, Si fully understands English. But, outside of the language, Si also sees differences in the way Americans communicate with each other.
She says that she was not used to American youth speaking casually with parents and calling non-family adults by their first name.
She was more used to calling her parents’ friends ‘‘aunty’’ or ‘‘uncle’’ out of respect.
Si also works to balance the two different cultures in her life with the clothing she wears. She will usually wear her traditional Chin dress to church, which reminds her of her homeland.
She takes part in Chin National Day, which incorporates traditional clothing, dances and food, in order to learn more about her culture.
‘‘I’m proud of my culture, and I love showing my culture to other people,’’ Si said.
Although Si was able to learn English in elementary school, she still tries to use her native languages, Hakha and Zophei, in different environments.
She speaks English at school, but when she’s with friends or at home, she often speaks her native languages. To Si, being able to speak her home language is very important in keeping her roots alive.
‘‘We’re the future of our culture,’’ Si said. “If we don’t know how to speak our language and forget about our culture, our culture is not going to survive anymore.’’

Since the coup in Myanmar began in February of 2021, junior Bianca Mawi has been spreading awareness on social media.
‘‘It made me question our history because I really didn’t know anything about Burmese history until then,’’ Mawi said.
Studying her home country’s past has allowed her to reflect on her birthplace and learn more about her roots.
When she first arrived in the U.S. at age 7, she went to a school in Iowa. There were many different races, and she felt accepted.
Although she felt this way, Mawi still felt like she was slowly losing parts of her culture.
‘‘We try to assimilate into American culture,’’ Mawi said. ‘‘I feel like sometimes we forget our cultural background.’’
She still considers herself a Chin-American because she was born in Myanmar, but she was raised in the U.S.
Even though she looks at herself as Chin-American, she still feels as if she is losing part of her culture. Some examples of this are the weakening of her Hakha speaking skills and the fact that she has not worn cultural clothes in over a year.
When going to church, a place of cultural significance for her, Mawi feels at home.
But when she attends school, she finds that it’s a whole other story.
The difference between going to church and going to school reminds her of the two worlds that she lives in. She sees many of her classmates at school but speaks more with them at church. It helps her see a new perspective.
‘‘It’s kind of like there’s this separation of identity because I go to church, and then the next day I go to school,’’ Mawi said. 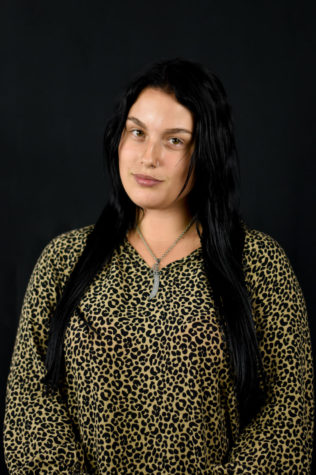 Hello, SHS students! My name is Sarah Bennett, and I am a senior and in my second year of The Journal. I love giving the news and spreading information...