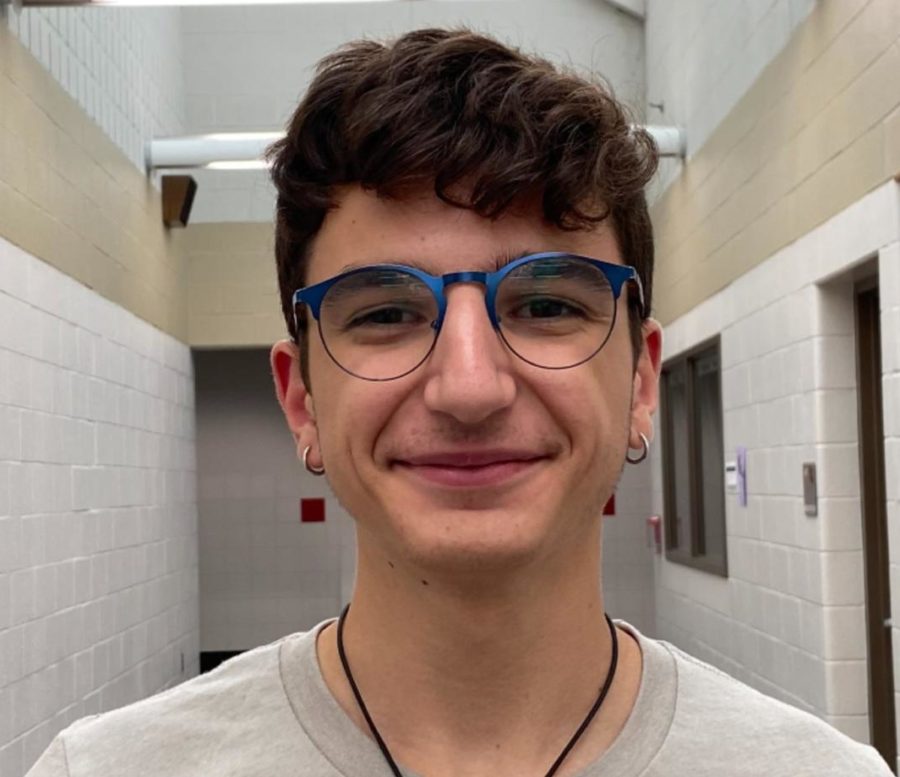 Junior Girolamo Anselmo remembers being excited to be a part of the marching band at SHS. He went from marching for hours, to learning how to dance.
“My experience here is fantastic and, I finally have made some friends.” Anselmo said.
Practice for the SHS marching band is earlier than what he is used to. His band, Banda musicale “Giuseppe Verdi” di Marausa, would also march much slower than what he had seen in the SHS marching band.
Back in his home country, he marched for a church and got paid to do so, since it lasted for two days. They march during the Holy Week, which consists of Easter and Good Friday.
Many of Anslemo’s friends in Italy are musicians. They play instruments such as the drums, piano and guitar, which ultimately expanded his knowledge in music.
Aside from the marching band, he plans on joining the winter drumline. He also looks forward to playing lacrosse since his host father, Orchestra teacher Thomas Wright, is the coach.
“This year we’re excited because Anselmo is from Italy and we’ve never had a kid from Italy,” Wright said.
Wright has hosted 46 foreign exchange students over the past 20 years of being a host parent with his wife. Anselmo is now one of the many students who have joined this diverse family.
He is originally from Sicily, Italy. Back home, he has been learning to be an authentic Italian pizza maker for around a year now. Initially, he was taught through a family friend.
He’s looking forward to visiting New York City in the spring. The association that helped Anselmo come to the U.S. will also be bringing him to Washington.
He lives with his host brother Alvaro, and says it is a calm environment. There are six people living in the house, but they get up at slightly different times.
“I thought [America] was fantastic,” Anselmo said. “And it is.”