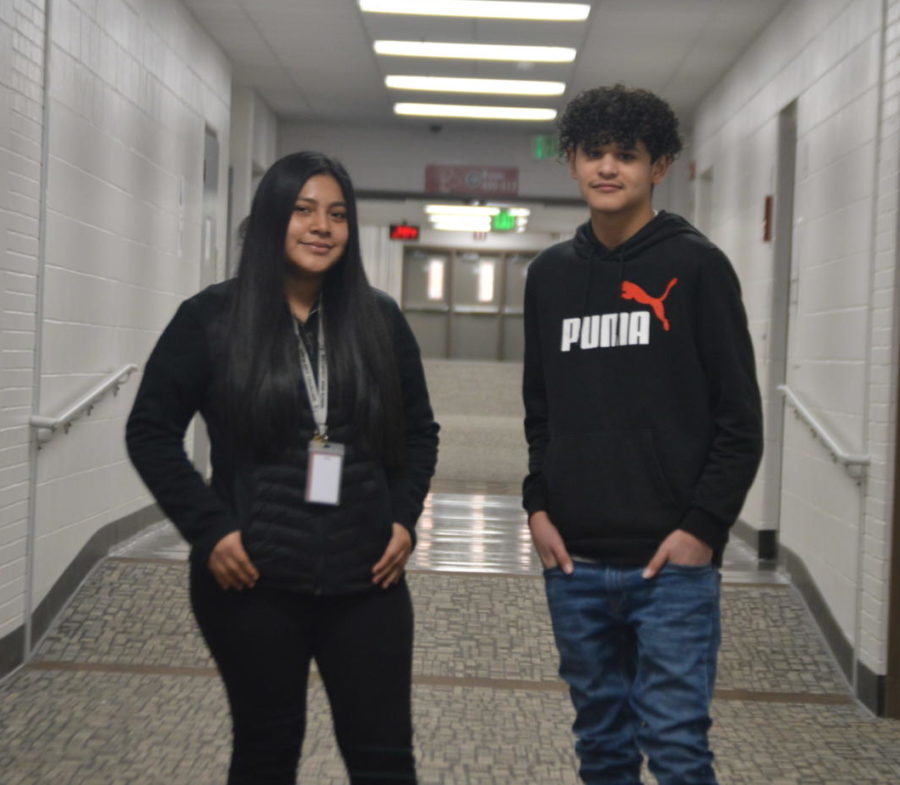 Juniors Juarez Santos and Caylin Chavez spend Christmas with their family. Food is also a staple part of their culture when it comes to this holiday.

For students at SHS, such as juniors Santos Juarez and Caylin Chavez, the Christmas season is a time of cheer, joy and love. For them, the meaning of Christmas is celebrating Jesus’s birth with the added bonus of giving and receiving gifts.

In places such as Latin America, the Christmas celebrations start on Christmas Eve and families may celebrate into the night. Sometimes, they will stay up until midnight to open gifts or open them in the morning.

‘‘Christmas is something that I celebrate for happiness, for relief and for the new year,’’ Junior Santos Juarez said.

In both Honduras and the U.S., Juarez remembers receiving many presents, but also receiving a mix of American and Honduran candies. He sees the holiday as spending time with his immediate family, but feels that Christmas is not the same as it is in Honduras. He misses hanging out with his other family members because it makes the holiday complete.

However, the distance between the rest of his extended family does not stop the Christmas spirit within him.

During this holiday, while living in Honduras, he also celebrated with the Jewish population.

‘‘In Honduras, it was happiness, “Juarez said. “Out here, it is sad because I am not with my family.”

Mexican student, junior Caylin Chavez decorates her house with a nativity scene of the birth of Jesus due to her religious beliefs. In her home country of Mexico, the people usually go to Mass on Christmas Eve, which is part of Catholicism.

Mass consists of prayer and celebration of the birth of Jesus. She brought this tradition with her to the U.S. and continues to attend to this day. Every few years, she goes to Mexico to be with family for Christmas.

‘‘I mostly celebrate Christmas for religion,” Chavez said. “But there are times when we think of it as looking forward to the new year.”

Food is a huge part of Hispanic culture. For junior Jasmine Martinez, common dishes her family eats while celebrating are tamales and leche cake, which means ‘‘milk cake’’.

She was born in the U.S. and manages to keep the tradition of celebrating on Christmas Eve alive. Another tradition she intends to follow in the future is that despite who she marries, she will celebrate with her significant other’s family on the 25th but with her family on the 24th.

‘‘I like Christmas because I like to celebrate with my family, open presents, give to my parents,’’ Martinez said.

Mexican-American junior Freddy Tello also celebrates his Christmas by eating American and Mexican foods and traveling to California and New York because of family. Tello sees Christmas as a time to hang out with family rather than just receiving gifts. He decorates his Christmas trees with ornaments and at the top, is an Angel with a crucifix.

‘‘I don’t really expect much for Christmas as long as it’s like a meaningful gift,’’ Tello said.

Despite the distance, all of these students can agree that Christmas means a lot to them because they get to incorporate a variety of cultural traditions, which in turn, contributes to an even more fulfilling holiday.